Police have committed to meeting with small business owners on how to better improve their security measures after a spate of robberies. 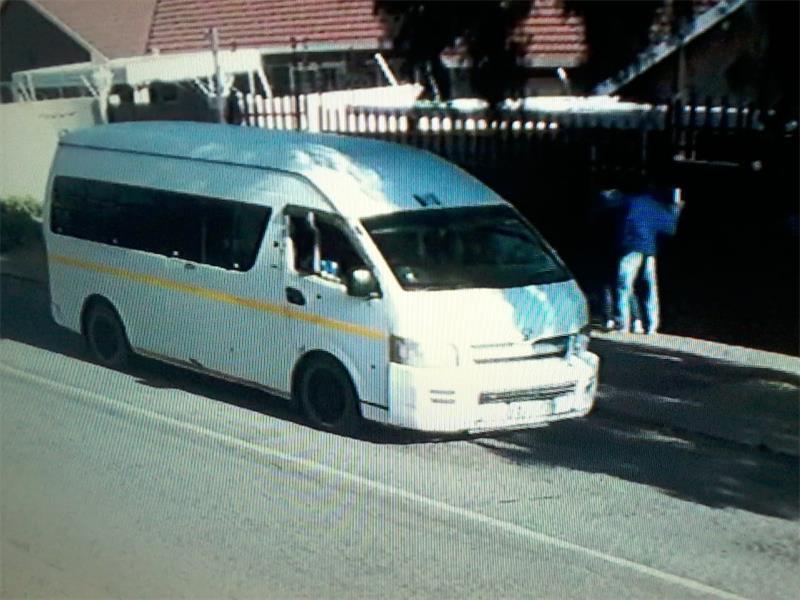 A screenshot of the Toyota Quantum gang in action.

A Toyota Quantum gang has set its sights on smaller businesses that lack proper security measures, police warned this week.

Weilbach said the gang travelled in a white Toyota Quantum robbing small stores, with a modus operandi of one man entered the store and pretending to be a customer.

“They usually do not stop after the first robbery and will proceed to other areas on the same evening to commit more robberies.”

“It is suspected that taxi drivers are renting out Toyota Quantums after hours to this group to commit crimes.”

Many of these businesses are trading from very early in the morning until late at night, which makes them an easy target.

In a separate incident last week Friday at 5am, a spaza shop was robbed just after it opened for business. Two suspects entered the store and threatened two men with a firearm and a knife.

Weilbach said cigarettes, cell phones, and cash were taken, the one complainant was stabbed twice in the leg before the suspects fled in a grey Chevrolet Cherry.

On the same day at 11am, a second spaza shop was robbed of cigarettes, cash, and a cellcell phoneis time in Villieria.

Three unknown men entered the store and threatened the complainant with a firearm before robbing him and fleeing in a white Fiat Palio.

Chicken and pizza fast-food outlets as well as hair salons are also targeted by the gang of four men.

In a bid to reduce the robberies, Weilbach said the Tshwane Central SAPS would meet with spaza shop owners this month to advise them on how they could improve their security measures.

“It will also be recommended to them that they must shorten their trading hours by opening up later and closing earlier.”

She advised that the extra few rands more the business made from the extended trading hours was not worth putting personal safety at risk.

“Burglar bars, security gates, CCTV cameras are installed on eye level, panic buttons, and the hiring of a reliable security company are all measures that can be put in place to deter opportunistic criminals.

“Business owners must limit the amount of cash on the premises by doing regular banking,” said Weilbach.