The minister says the largest allocations in the medium-term are for education, health, and social and community development. 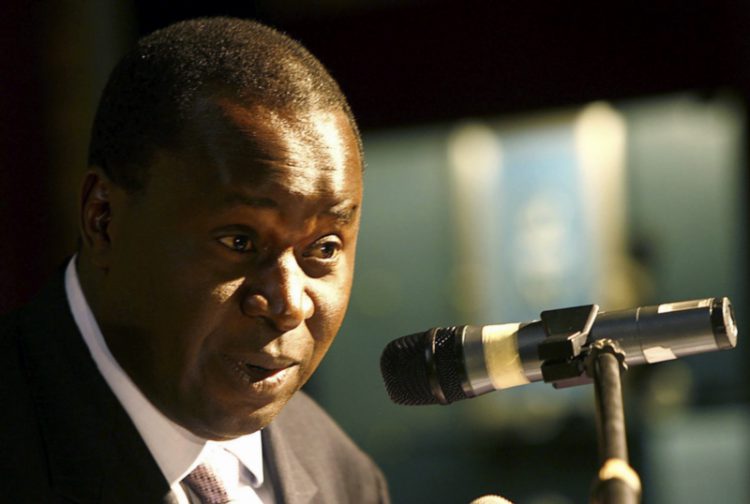 The death of five-year-old Lumka Mkhethwa from drowning inside a pit latrine in a rural Eastern Cape school in March this year sparked a national outcry over the lack of sanitation at public schools.

Four years ago, another five-year-old Michael Komape died in a pit latrine at his Limpopo school.

Such tragic deaths have led civil society organisations campaigning for adequate sanitation at schools across the country, in particular, those located in rural areas, with President Cyril Ramaphosa in August launching a public-private initiative to provide safe toilets for nearly 4,000 mostly rural and township schools.

Newly appointed Finance Minister Tito Mboweni declared the government was committed to eradicating pit latrines at all schools across the country.

Delivering his maiden speech as finance minister on Wednesday during the mid-term budget policy statement, Mboweni said Ramaphosa has directed that there should be a plan in place to ensure that all schools have safe and appropriate sanitation.

“Nobody should learn in a school that is unsafe. Our children must have access to adequate sanitation,” the finance minister said.

Mboweni said addressing urgent and pressing matters in the education and health sector was part of Ramaphosa’s five measure plan to stimulate the economy.

The minister said the largest allocations in the medium-term are for education, health, social development and community development.

“Together, these four areas will receive more than 60% of non-interest expenditure.”

Another commitment by government, Mboweni said, was to ensure that female pupils in schools have access to sanitary pads.

“Several provinces have already taken the lead in rolling out the provision of free sanitary pads in schools. Funds will be added to the provincial equitable share to enable provinces to progressively further this objective.”

To ensure that the gradually phased implementation of the National Health Insurance is adequately financed, Mboweni said Treasury would continue to work closely with the national department of health and other role players.

“We are immediately reprioritising R350 million to recruit in excess of 2,000 health professionals into public health facilities. We are further reprioritising R150 million to purchase beds and linen for hospitals where the need is most dire. These two interventions build on the Presidential Health Summit convened last weekend which has brought new focus to improving the quality of health care.”

The finance minister also announced that in 2019 sanitary pads will be zero-rated, along with bread flour, and cake flour – adding that zero-rating these items will amount to a revenue loss estimated at R1.2billion.

“However, zero rating these products targets low-income households and restores the dignity of our people,” Mboweni said.