Tax-free menstrual products are a welcome relief for women, who have been advocating for this to be implemented for years. 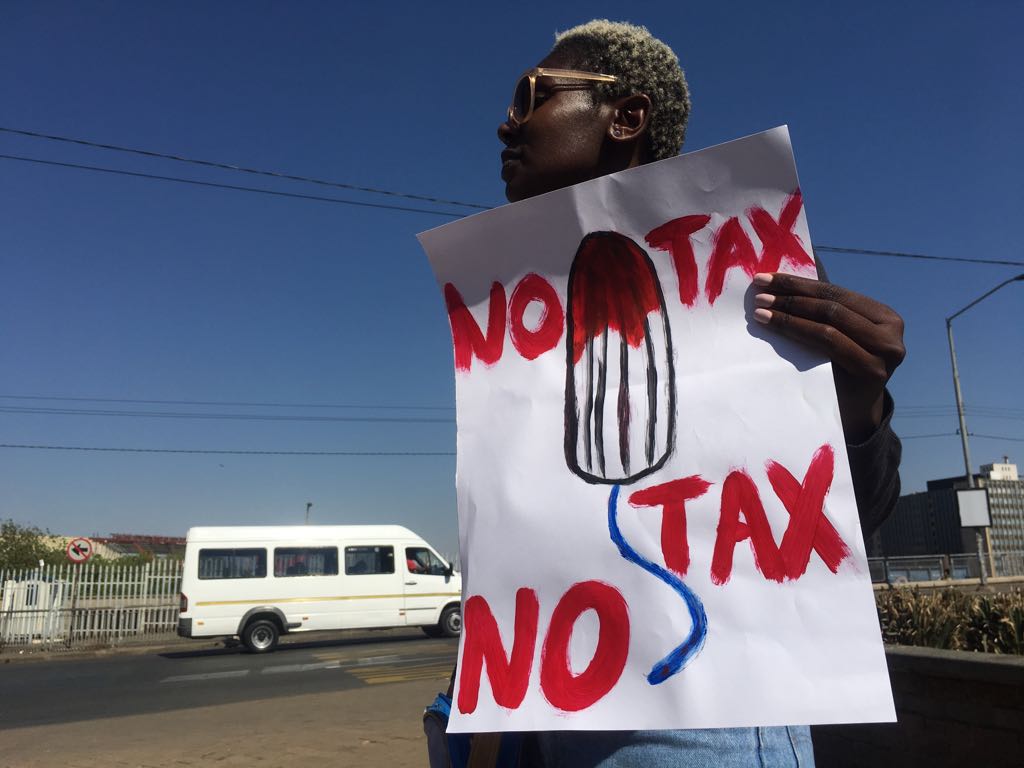 Various organisations have been protesting for years to have taxes on menstrual products abolished. The day has finally arrived. Image: Twitter/@chloexmaluleke

The government has finally committed to abolishing the 15% tax enforced on all menstrual products from next year, reports TimesLive.

Other products that made the cut were white bread, flour, and cake flour, finance minister Tito Mboweni announced on Wednesday during his maiden medium-term budget speech.

However, this is arguably one of the only highlights of the speech, with issues such as lower growth, lower revenue, economic outlook revised downwards, damaged government institutions, governance problems, high unemployment, rampant corruption, and wasteful expenditure having to be addressed to get the country’s economy back on track. In addition, Mboweni’s speech saw the rand drop to R14.46 shortly after the speech, after hovering around R14.36 hours before.

Tax on menstrual products has long been a contentious issue, especially given that in 2016, there were 2.6 million girls aged 9 to 20 in South Africa, and many of these miss weeks of school due to their periods. On average, 40% of high schools in the country do not have access to toilet paper or sanitary pads.

Women in rural areas have long struggled to be able to afford pads and tampons, often resorting to using items such as rags and leaves instead of proper products, which can cause fungal infections, reports Health24.

Retailers have attempted to ease the tax burden on sanitary products by introducing tax-free Ultrex sanitary pads, retailing for R10.99 – an amount that is, on average, 50% more affordable than other brands.

Many organisations have also protested against taxing menstrual products, most notably the #BecauseWeBleed march in October and the #PinkTaxMustFall movement. 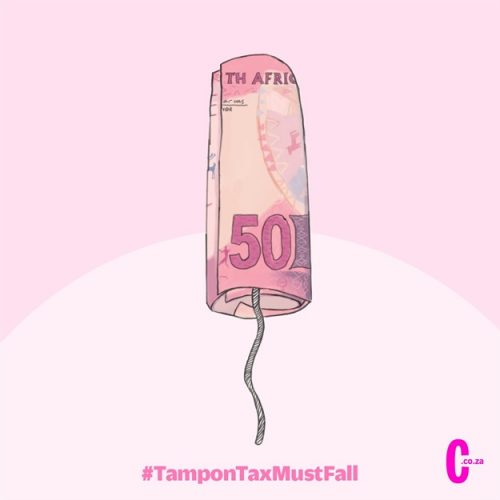 Tax-free menstrual products are a welcome relief for women, especially from disadvantaged backgrounds. Although many other products, such as school uniforms and nappies, are still due to become tax-free in due course, the current tax-free announcement is a step in the right direction that may just be enough to keep us going until other necessities become 15% more affordable.