Number of fatalities rises to 15 after patient dies in hospital. Picture for illustrative purposes only.

Authorities have confirmed that the driver of the Polo that was involved in a crash on the N4 on Friday night has been arrested, reports the Lowvelder.

Joseph Mabuza, spokesman for community safety, security and liaison, said he was being held at Matsulu Police Station and would appear in court on Monday.

He is expected to be charged with culpable homicide.

The accident took place between three trucks, a car and a minibus taxi. Fourteen people travelling in a taxi in the direction of Malalane died on the scene. A critically injured patient died in hospital this morning.

The spokesman for community safety, security and liaison confirmed that the accident occurred on the N4 at the Matsulu intersection at around 7pm.

According to Solange Soares-Nicholson, spokesman for TRAC, a Polo travelling in the direction of Malalane attempted to overtake a truck.

The driver then tried to get back into his lane and side-swiped the truck and lost control of his vehicle.

A minibus taxi driving behind the Polo swerved into the oncoming lane in an attempt to avoid the Polo. A truck, driving from the Malalane direction, hit it head-on.

Soares-Nicholson then said a third truck, driving behind the second truck, swerved to avoid the collision in front of it, and jack-knifed.

Numerous patients were rushed to hospital by various emergency services. The taxi collided with an oncoming truck.

Eleven bodies were trapped inside and emergency workers battled for hours to free them from the wreckage. 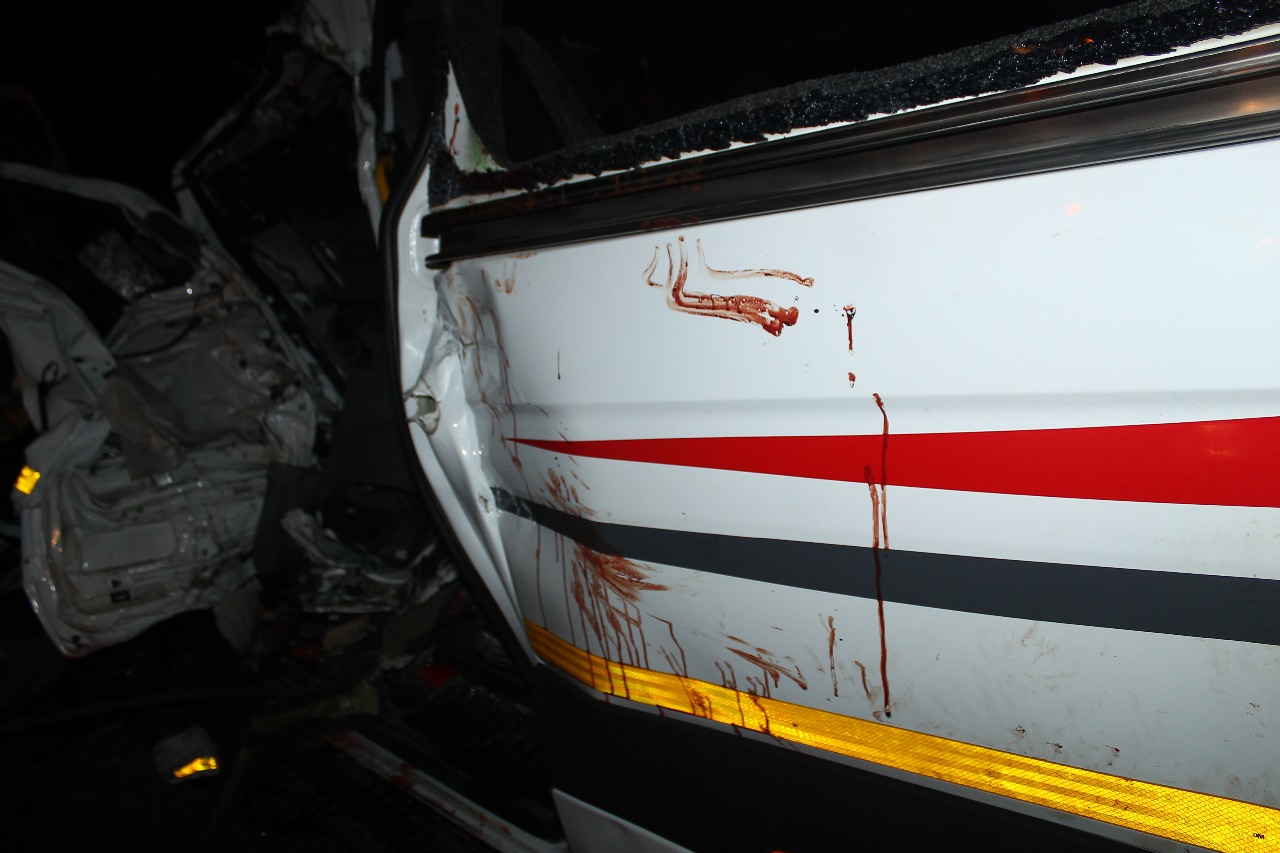 It resulted in a heavy traffic backup as both double carriageways had to be completely closed.

A second accident took place about two kilometres from the scene when a sedan drove into the back of taxi’s trailer.

TRAC later said that another fatal crash took place on the N4 in the Middelburg area after 3am.

According to TRAC a sedan rear-ended a bakkie, causing the latter to roll on to the median. The driver was killed instantly and the occupants of the sedan abandoned the vehicle.

The Matsulu scene was eventually cleared at around 3am.