No evidence of ‘white genocide’ in SA, say experts

There is no evidence of a genocide of white people or a specific group in the white community, according to an ISS senior consultant. 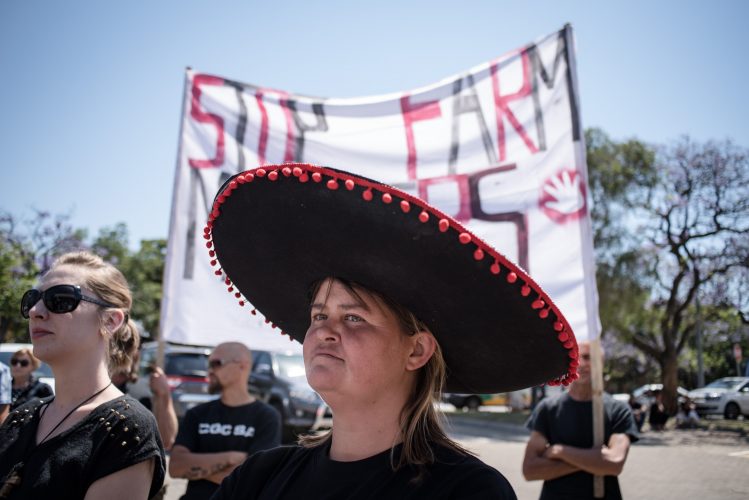 Members of the National Conservative Party of South Africa (NKP) marched to the American Embassy and the Australian High Consulate in Pretoria against farm murders and land expropriation to deliver a memorandum under the #BlackMonday banner, South Africa, 29 October 2018. Picture: Jacques Nelles

Telling the world there is a “white genocide” in South Africa to attract international attention is reckless, as no one has provided evidence of it, according to political experts.

As flags flew at half-mast at the US embassy in Pretoria yesterday to mourn the 11 people killed in a massacre at a Pittsburgh synagogue by a white nationalist, a group called Black Monday gathered outside the embassy claiming to be telling the world about white genocide in South Africa.

The National Conservative Party’s (NCP) Limpopo leader Valerie Byliefeldt claimed to be live-streaming their plea to US President Donald Trump, requesting he intervene in the “slaughter” of white South Africans by black people.

“Mr Trump, I would like you to come to SA and see for yourself that there is an ongoing slaughter of the white minority and other minority groups. Not only are we murdered and slaughtered like sheep, we are on the brink of losing our property. We need your help,” she said into a cellphone camera.

Despite police responding to farm attacks, arresting perpetrators and recently including farm murders in the annual crime statistics, Byliefeldt said it was not enough. “Eighty percent of national police are corrupt or have criminal records,” she claimed.

She refused to divulge the source of this statistic and proceeded to the High Commission of Australia to hand over the memorandum.

NCP leader Willie Cloete said the Black Monday movement wanted an independent Afrikaner state. “We are not just murdered,” Cloete said. “Our culture and language is downgraded. We want a state of our own,” he said to shouts of “independence” from supporters. Byliefeldt added that she was disappointed that AfriForum had not joined their march.

The lobby group’s Ian Cameron said AfriForum was only approached a week ago about the march. “This is not enough time to organise such a campaign. AfriForum will continue with the campaigns against farm murders in SA and internationally. We will focus on telling the stories of victims who survived, but also those who aren’t lucky enough to be able to tell their own stories.”

Institute for Security Studies senior consultant Johan Burger said these remarks were reckless. “Extreme right-wing groups claim there is genocide, but when you ask them to substantiate this claim, you get these reactions. There is no evidence of a genocide of white people or a specific group in the white community.”