Speaker Dirk Smit ‘next to get axed’ – De Lille

De Lille has let the cat out of the bag and announced that the Cape Town speaker was next on the chopping block. 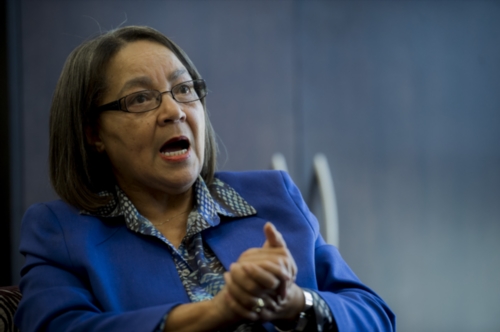 Cape Town speaker Dirk Smit who has been accused of lying by mayor Patricia de Lille is likely to also vacate his post come December.

This is according to De Lille, who said the speaker had lied about her resignation letter, was expected to leave his office in December.

De Lille, announcing her resignation as mayor and as a member of the DA, said Smit jumped the gun on Tuesday.

She said she had not sent a resignation letter to the speaker.

“He’s singing for his supper,” De Lille said before adding that the speaker was asked to leave by the end of December this year.

De Lille also saw it fitting to read the resignation letter out loud.

“Dear Mr Speaker, I note that you have jumped the gun yesterday by announcing that you had received a resignation letter yesterday [Tuesday].

“That letter dated August 4 was not addressed to you Mr Speaker and that was a blatant lie. Please note that this is my official resignation from the city of Cape Town effective at 7pm on the October 31st. I have spent more than seven years of my life devoted to the success of the administration of the city because of the people of this city. It is for this reason that I can vacate my position with the knowledge that I have given everything.

“Despite the effort to tarnish the work of my hands, I remain resolute to serve my country in any capacity.”

“This is the real resignation letter. Not the one the speaker claimed he received yesterday.”

She thanked residents of Cape Town for their support.