Daniel Mampeule was the EFF’s ward 7 councillor in Thabazimbi. He is now prohibited from participating in all EFF activities. 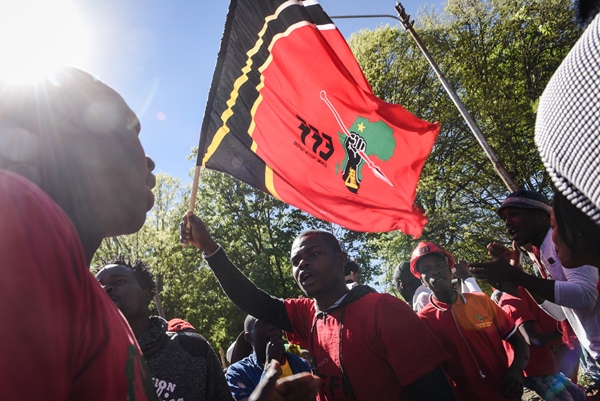 The Economic Freedom Fighters (EFF) in Limpopo has suspended one of its councillors, who is accused of terrorising locals through house robberies and muggings.

Daniel Mampeule, 36, was arrested on Sunday and appeared before the Northam Magistrate’s Court on Monday on charges of robbery. He was the EFF’s ward 7 councillor in Thabazimbi.

Mampeule is alleged to have worked in cahoots with some notorious people in the area to terrorise the local community. He is also alleged by locals of being a leader of a gang that hides on street corners and robs people of their belongings, especially at night.

His arrest came after he and two accomplices allegedly broke into a house in the Smashablock section in Northam and robbed the owners of money and liquor.

Limpopo police spokesperson Brigadier Motlafela Mojapelo said: “He was remanded in custody and his case would be heard again in the same court on November 12, when he will be appearing for a formal bail application.”

The EFF in Limpopo has prohibited him from participating in all EFF activities. EFF provincial leader Jossey Buthane said: “Unlike other political organisations which romance crime … as soon as we had proof Mampeule had been arrested for crime, we did not waste time but took action.”

Buthane said the EFF wanted to use this case and others as an example that the EFF would not tolerate crime and that no one was above the law.

“We distance ourselves from such kind of behaviour and we are calling upon the law enforcement to arrest anyone, without any favour or fear. We believe that councillors and leaders must lead by example,” said Buthane.