Msimanga closed down two informal traders. One of the traders did not have identity documentation and the other did not have a license. 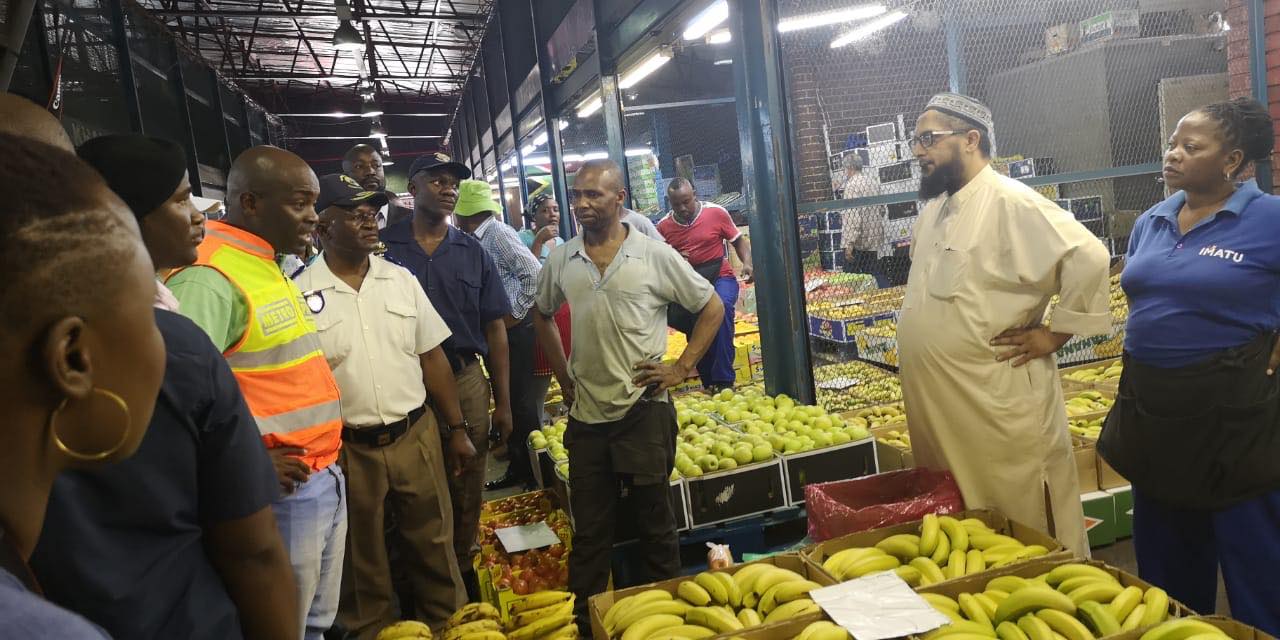 Tshwane mayor Solly Msimanga appears to be following Johannesburg mayor Herman Mashaba’s example of ‘cleaning up’ the city by removing informal traders off the streets.

Msimanga was in Marabastad on Wednesday for the metros inner-city rejuvenation operation.

During his walkabout, Msimanga spotted two stores which he saw fit to close as a precautionary step to avoid future disasters from happening.

In a post on social media, the Tshwane mayor said he walked into one shop operated by a man who did not have any documentation to be in the country. Another shop was operating without any kind of license.

“Worse, the shop has a number of full 35kg gas-bottles, while using open fire (coal) to braai on the same spot. This can’t be,” he said.

In a tweet, the mayor said: “I have just personally stopped this illegally act in our city. How do we allow meat trading like this? I am waiting for metro police to come and attend before we experience a breakdown of unknown diseases in our city of Johannesburg.” (sic)

The statement appears to have ignited controversy as some have criticised the mayor for his comments about informal traders, foreign nationals, and the handling of meat products.

Mashaba took to Twitter to apologise to residents for his comments relating to meat being a potential risk of an Ebola outbreak.

The Johannesburg mayor apologised for his social media post, not for protecting the residents.

“Our health facilities are already stretched to the limit.”

His tone appears to have changed on Wednesday as he apologised, stating that his comments may have come across as insensitive to the plight of informal traders. He said his comments were never constructed to attack any person or group – informal traders or foreign residents.

“My reaction was born out of a situation in which so many of our residents lack access to quality health care and are vulnerable to the kind of outbreaks that can arise from improper treatment of food. This is true in both the formal and informal economy. Our healthcare facilities throughout the city are already stretched to the limit, and an outbreak would be disastrous for our residents. However, for my commitment and focus on the enforcement of by-laws in our city and the need to proactively protect the wellbeing of our residents, I remain resolute and unapologetic.”