The EFF leader claims their attack on the finance minister is an attack on white minority capital because Pravin is 'the dog of the WMC'. 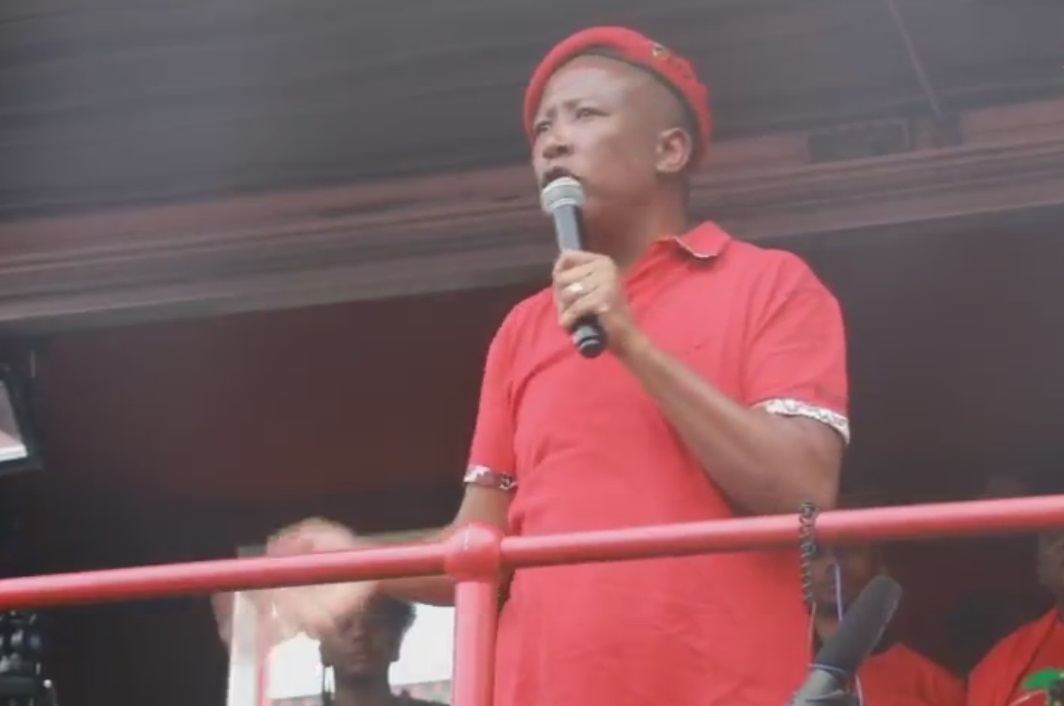 Economic Freedom Fighters leader Julius Malema took to the streets of Parktown to address an EFF picket outside the Zondo commission of inquiry into state capture.

In his address to hundreds of EFF supporters, Malema alleged Public Enterprises Minister Pravin Gordhan and former president Jacob Zuma were in the same WhatsApp group, ridiculous as that may sound.

He said the administrator of that WhatsApp group was none other than President Cyril Ramaphosa.

“When Zuma appointed Pravin, we asked why do you continue appointing minorities to be ministers of finance? Do you have problems with Africans leading finance?

“These people, the way they hate us, if they had anything against us, we would have been rotting in jail right now. But there is nothing.”

Malema referred to Gordhan as a “dog” of white monopoly capital.

Malema described Gordhan’s testimony on Monday as someone speaking to the commission as though he was in his own kitchen.

“He was speaking with little regard for the commission officers.”

He also alleged that the media had not asked any critical questions of alleged business deals Gordhan’s daughter had entered into with the state, which he said were corrupt.

Earlier, EFF councillor in Ekhurhuleni Mampuru Mampuru also spoke outside the commission venue and said the EFF was not afraid of those “who think they are in power”.

“There are 45 million of us here in the country against the minority of [a] few land thieves and we are going to take that land and utilise it for the benefit of the poor. Amandla.”

On Monday, Gordhan, issuing his testimony, said the finance minister was equivalent to a CEO of a big corporate and the relationship between the CEO (minister) and COO president should be a harmonious one.

He went into great detail about the role and function of a finance minister.

The public enterprises minister said although he did not have all the information, he was providing a piece of the jigsaw puzzle.