I’d rather be degree-less and honest – Steenhuisen

Ndlozi responded to Steenhuisen suggesting he was like a 'white boy with an exaggerated salary'. 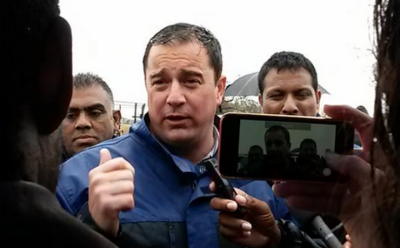 Ndlozi on Sunday was surprised at the DA’s chief whip not possessing a post-matric qualification.

Ndlozi said if Steenhuisen were a black person, the Sunday Times article that highlighted that Steenhuisen only possessed a matric certificate would even have published his matric results.

This, according to Ndlozi, would be to tarnish Steenhuisen’s standing as chief whip “for a serious law-making institution like parliament”.

Steenhuisen said Ndlozi’s qualifications (he has a Phd) had equipped him and his “journeymen” well for rational debate, before adding beating up journalists in brackets.

“Your qualifications have obviously equipped you and your journeymen well for rational debate (beating up journalists) and VBS looting. I would rather be degree-less and honest than qualified and dishonest like you.”

This was met with even more fire from Ndlozi suggesting Steenhuisen was a “white boy” with an “exaggerated salary”.

A report by the Sunday Times suggests the DA’s “degree proposal” could be bad news for Steenhuisen.

The report states the chief whip may be demoted to being a “backbencher” after next year’s elections if a proposal by his party to the Independent Commission for the Remuneration of Public Office Bearers is considered.

The DA caucus in the KwaZulu-Natal legislature has proposed that only an MP with a university degree be considered for the position of chief whip.