The EFF spokesperson has kept social media alight all in the effort to shine attention on Steenhuisen only having a matric. 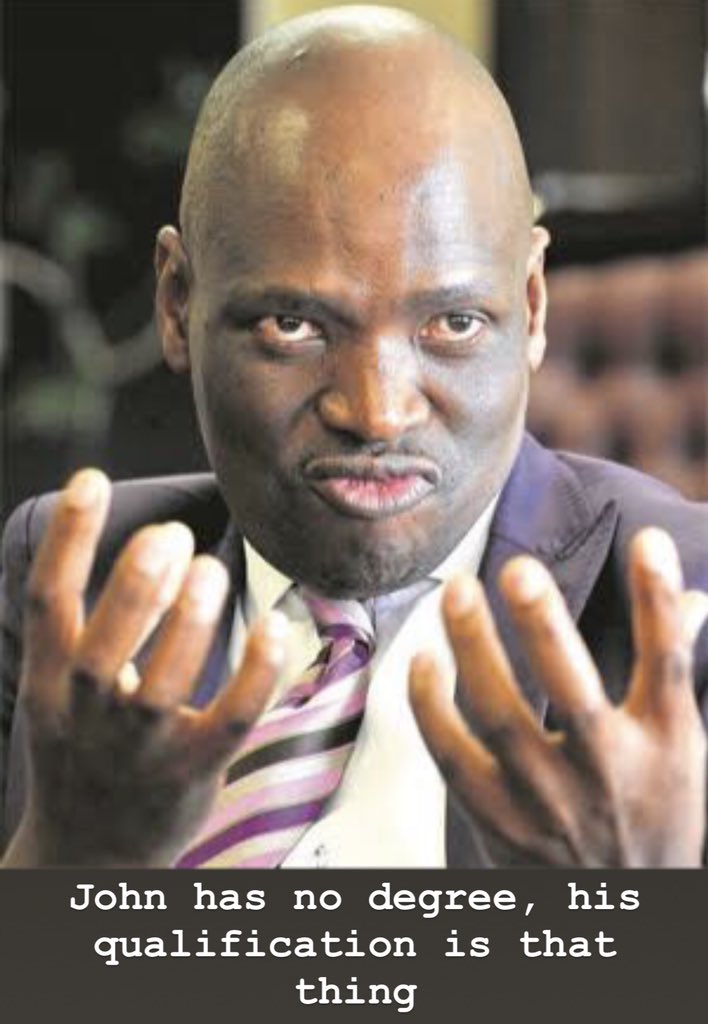 The EFF spokesperson wrote a series of tweets arguing that many black people with the same experience as Steenhuisen would still not become “a John Steenhuisen” without an education.

The DA has rallied in support of Steenhuisen and said he was an accountable and talented chief whip who was knowledgeable on politics.

Maimane said: “I have worked with a great legislator, a chief whip, and a friend. He is the finest chief whip of the opposition in parliament. A constitutionalist and a fierce defender of freedom. He will continue to serve our party and the people of South Africa.”

Dean Macpherson also vouched for the chief whip’s character: “I’ve known [Steenhuisen] 10 years. He’s taught me everything I know in politics. Honesty, hard work, accountability, knowing your subject matter, dedication to my party and country. No degree can teach you that. SA and the DA is a better place because of people like John.”

We’ve compiled some of Ndlozi’s comments which appear to be favoured on social media.

First was a series of memes which questioned what former president Thabo Mbeki would say to Jacob Zuma on the revelation that Steenhuisen “is an undereducated white man”.

Imagine what would Mbeki say to Zuma on revelations tha @jsteenhuisen is an undereducated white man pic.twitter.com/FJ5spUMede

2. Another comment was Ndlozi suggesting to Steenhuisen that it was not too late to obtain a qualification.

Me when I heard @jsteenhuisen #Steenhuisen is undereducated with no Degree at all.

No Chief Whip, it’s not too late, go to school baba #SteenhuisenGoToSchool pic.twitter.com/Nq8s1EBwTk

3. Ndlozi then added Zuma to the mix.

Now that DA’s Chief Whip @jsteenhuisen is exposed as being an undereducated white man with no degree, people will be reminding us of all white successful men like Steve Jobs, Mark Zuckerberg. Well I’d add Zuma in the list ???? but that would not be proper white privileged standards pic.twitter.com/hiY5OYh6xQ

5. Responding to MacPherson, Ndlozi said many black people with the same experience would still not be “a John Steenhuisen”.

What: 10 to 15 years of experience?. Yeah right! Many blacks with the same experience would still not become a @jsteenhuisen WITHOUT EDUCATION! #WhitePrivilege https://t.co/DOL3FkDLQk

6. The EFF spokesperson roped Helen Zille into the mix stating she once criticised radio talk show host Eusebius McKaiser on his qualifications.

That @helenzille once made noise about @Eusebius and his completion of his “PhD” studies with Oxford University, all in an attempt to discredit him as a pundit… now @jsteenhuisen of her Degreed Alliance didn’t even set foot at a TVET… #WhitePrivilege

7. It seemed Ndlozi was on a mission as he also accused Steenhuisen of experiencing a meltdown.

Ndlozi’s rant on Twitter has received mixed reviews. Some maintain that Steenhuisen was well equipped for his role in the DA. Others seemed to disagree.

South Africa see for yourself: The DA leaders lining up to say Education Doesn’t Matter. All in defence of the undereducated #Steenhuisen.

But this is defending #whiteprivilege. They should actually be saying QUALIFICATIONS don’t matter if you are a white #SteenhuisenGoToSchool pic.twitter.com/MJ0PNq3vz7