Will Msimanga quit as mayor in council meeting?

Msimanga has clearly shown the DA that he is ready to leave when he sent a letter to the DA leader asking the party to choose between him and the city manager. 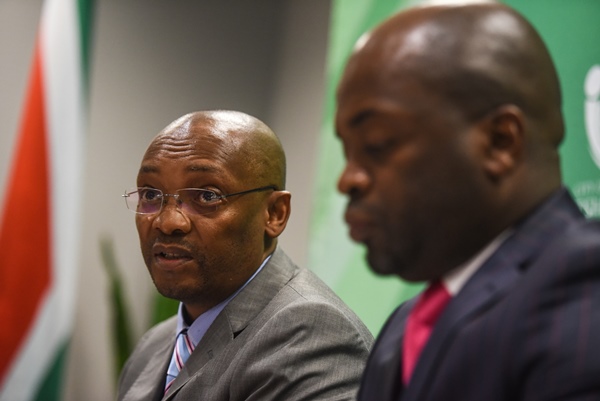 Tshwane mayor Solly Msimanga has clearly had it with city manager Moeketsi Mosola and will be requesting the council to support his request to issue Mosola with a notice of intention to suspend.

The mayor has made some serious allegations against the city manager, ranging from contracts to the mismanagement of the city’s communication system.

The metro is meeting today in council where several matters, including Msimanga’s grievance letter against Mosola, are expected to be tabled.

Last week, Msimanga sent a letter to DA leader Mmusi Maimane requesting intervention with Mosola. He even gave the DA an ultimatum stating: “It’s either this man goes or I go.”

Could this mean Msimanga is willing to throw his DA premier candidacy out the door, or could this be a bluff, knowing they need him for the Gauteng premiership role?

Should the council not lean in his favour, the mayor could very well be leaving.

The question remains, would Msimanga walk?

During an urgent media briefing on Wednesday, the mayor, joined by members of his mayoral committee, made it clear that a solid line was drawn since Mosola had committed multiple acts of misconduct.

Msimanga alleged Mosola has been intimidating and targeting senior staff who refused to join in wrongdoing.

The city manager is failing to perform his duties in a transparently honest manner, according to Msimanga.

“This has a negative impact on service delivery, which ought to be his primary focus. Therefore in the interests of the residents of the city, I will take a report to council, asking it to issue a notice of intention to suspend the city manager on [the] multiple allegations of misconduct that I have identified.”

Mosola’s head-to-head with Msimanga has seen him turning to the labour court to interdict a Bowmans report on his alleged involvement in the irregular appointing of GladAfrica from being tabled before the council.

The document was later leaked, leading Mosola to accuse the DA of defying the court’s instruction.

Mosola is also alleged to have used internal communications platforms to issue his own personal statements.