Judge Gayaat Salie-Hlophe adjourned the court after a disagreement with Rhode's lawyer on whether testimony could be heard. 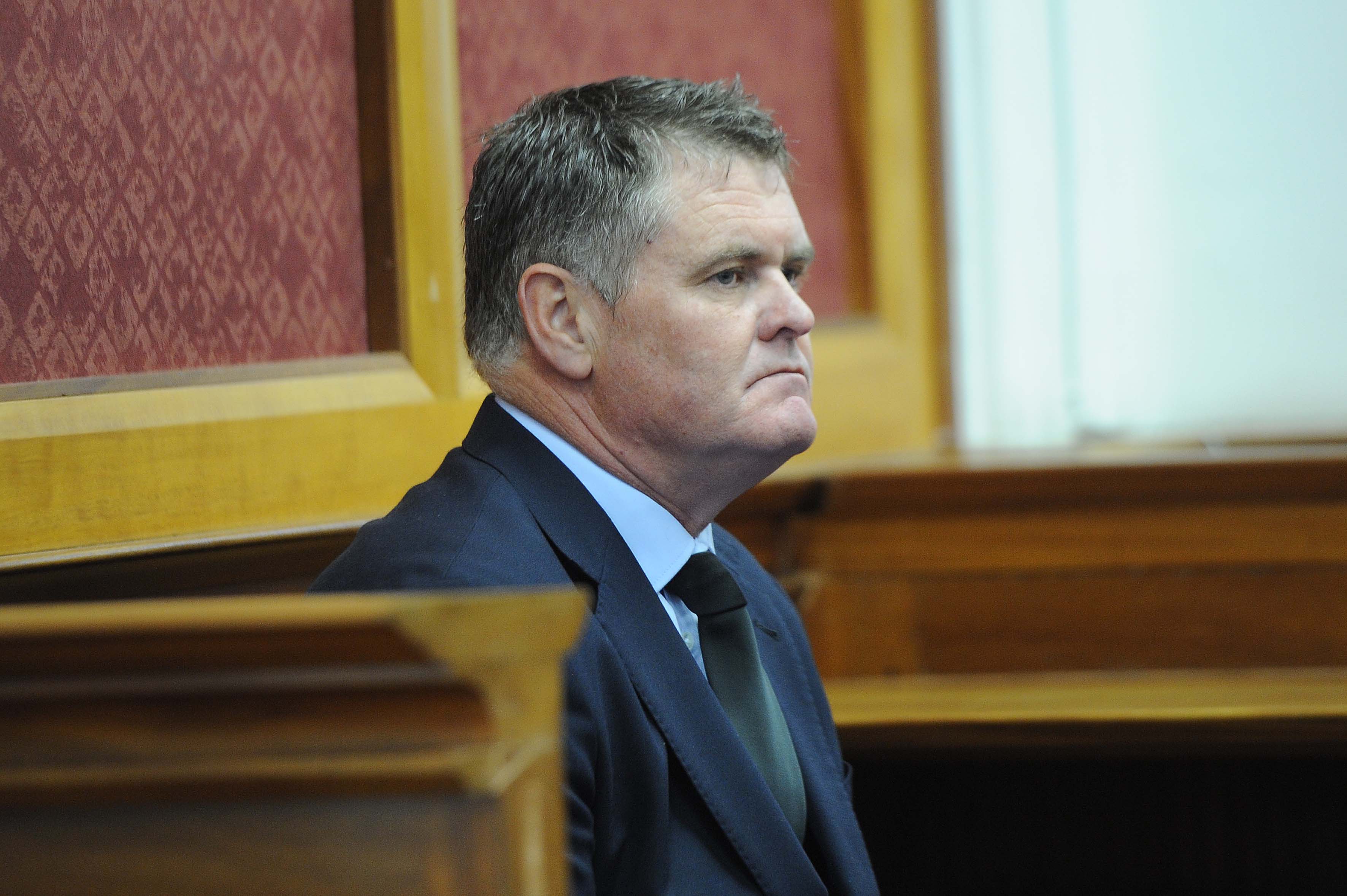 Jason Rohde appears in the Cape High Court for the murder of his wife. Pic Ayanda Ndamane/African News Agency(ANA)

Sentencing proceedings of property mogul Jason Rohde, who was convicted for the 2016 murder of his wife, have been adjourned after Judge Gayaat Salie-Hlophe asked the defence, advocate Graham van der Spuy, “to think about how [he wishes] to conduct [himself]”.

Rohde was convicted by Judge Gayaat Salie-Hlophe on November 8 of murdering his wife, Susan Rohde, and defeating the ends of justice.

The Western Cape High Court was hearing testimony in mitigation of the sentence from registered medical practitioner and specialist psychiatrist Dr Staurt Stollof, which the judge paused.

“A lot of what you are testifying to now, I think we’ve dealt with that during your previous testimony,” said Judge Salie-Hlophe.

Dr Stollof was giving testimony as Rohde’s treating psychiatrist, which van der Spuy said was one of the important factors the court would need to take into account in imposing sentence.

Van der Spuy said these factors included Rohde’s conduct after he had been accused, his degree of cooperation and compliance after he was convicted, and during his trial.

Stollof testified that following referral from a colleague, he assessed Rohde on January 31, 2017, and found him to be “dishevelled”, “extremely depressed”, “monosyllabic” and “distracted”, among other concerns.

“He really wanted the court case to continue,” Dr Stollof said, explaining why Rohde had been uncertain about being admitted.

Stollof said he assessed Rohde two days later and that during a consultation a few days thereafter, policemen showed up at the clinic saying Rohde needed to appear in court.

The doctor told the court that because it was totally inappropriate for someone in Rohde’s condition to appear in court, the police’s arrival at the clinic prompted him to contact Rohde’s lawyer to confirm whether the police had a court order and that the lawyer said the police did not.

Van der Spuy addressed the court: “The court will be very well aware when I previously applied for bail and it was refused or the court wouldn’t entertain me after conviction, that the court dealt specifically with the aspect of him [Rohde] refusing to come to court and in my opinion, with the greatest of respect, the court didn’t have the benefit of Dr Stollof’s views on that point and drew an adverse inference against the accused which was unfavourable to him without any justification.”

However, Judge Salie-Hlophe said most of the information contained in Stollof’s testimony had been dealt with by the court and is on record.

She dismissed the defence’s argument, saying today’s proceedings were not a bail application and that if van der Spuy wanted to file a new bail application on new facts, then he was welcome to do so.

Van der Spuy continued: “My lady, a tiny bit of the information I’m placing in front of the court is this aspect which I’m now dealing with, and it deals with, as I have said, with the level and degree of cooperation and compliance on the part of the accused towards the police in conducting their investigations and a whole host of other similar factors that are relevant to the imposition of a penalty.”

The defence then argued that its examination of Dr Stollof had been interrupted, “the full picture and the flow have been disturbed by the court”.

“Which I’m entitled to do,” the judge retorted.

A visibly frustrated van der Spuy then replied: “No, My Lady, I’m entitled to reduce appropriate evidence,” at which point Judge Salie-Hlophe interjected and asked the defence to not “speak to me that way”.

“Sorry, does the court wish to interrupt me again?” van der Spuy asked.

“No, no, no, don’t speak to me that way, you are taking your finger and throwing it in the air. No. No. I’m going to adjourn this court now and you will think about how you wish to conduct yourself,” the judge said.

It is reported hat the court is expected to resume after 2pm.