There are reports that Alexandra protesting residents are marching back to protest in Alex. 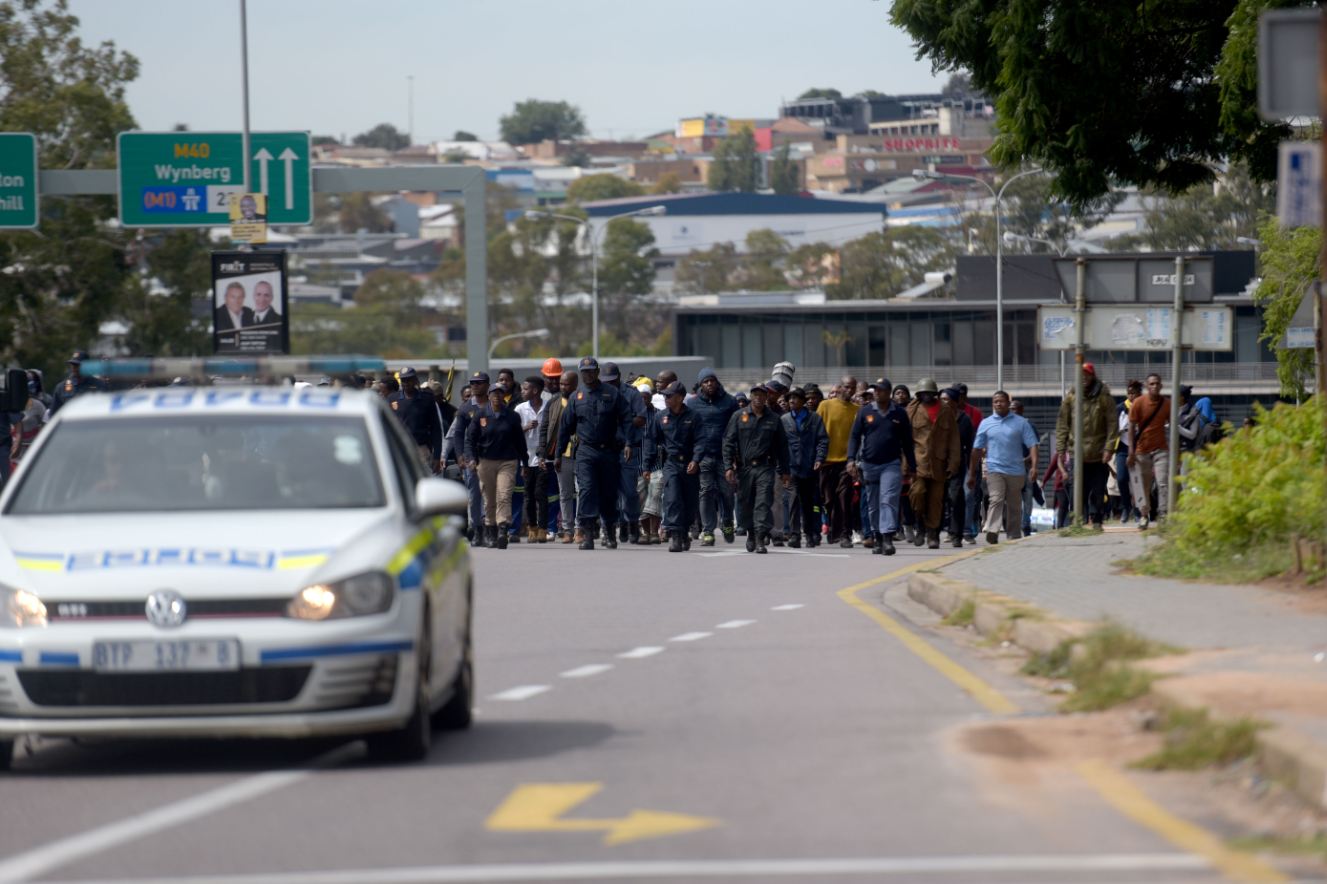 Alexander residents’ march to the Johannesburg regional offices in Sandton, 8 April 2019, to protest for service delivery in the township, the protest continues into its second week, as the residents wait for their memorandum to be received by Johannesburg mayor Herman Mashaba. Picture: Tracy Lee Stark

Protesting Alexandra residents have demanded to be addressed by Executive Mayor Herman Mashaba after City manager Ndivhoniswani Lukhwareni went to the Region E head offices in Sandton to address them, according to Alexandra councillor, Adolph Marema, Sandton Chronicle has reported.

Lukhwareni said the mayor would meet the people of Alex in two stages. “He [Mashaba] will meet with the leadership of the protest to first consolidate the matters that have been raised, on 12 April and then on 15 April in Marlboro. The mayor has long-standing issues in other communities and cannot meet everyone.”

Marema retorted and said, “The mayor is running away from the issue, when there are burning issues he does not come but during political campaigns, he does door to door campaigns in Alex.”

There are some reports that protesters are marching back to protest in Alexandra. More updates to follow.

Earlier, protesters clashed with police as they blocked Grayston Drive. 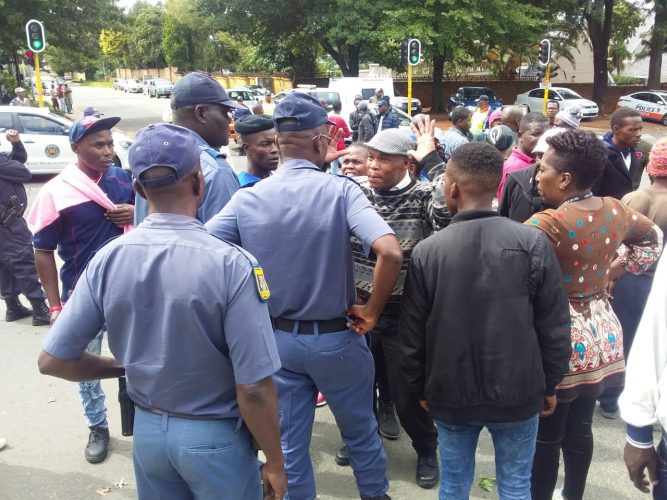 This followed the protesting Alex residents arriving at the City of Johannesburg’s regional offices in Daisy Street, Sandton, where they have gathered to hand over a memorandum detailing their grievances and demands.

Major delays on Grayston Drive have been reported by Alex News, and motorists are urged to use alternative routes.

Police have delayed the protesters as they divert motorists to other routes.

Earlier today, protesters met at the Sankopano Community Hall where the march was expected to start, reports Alex News.

There is a high police and JMPD, who have been stationed in different points in Alexandra. Local schools remain closed and steer vendors around Pan Africa Mall have closed shops.

The community of Alexandra has promised to continue with their total shutdown today, after Joburg mayor Herman Mashaba failed to attend a meeting he was allegedly invited to.

However, Sandton Chronicle reports that roads leading to Sandton from Alexandra seem clear for now. It has been suggested that the march to Sandton may be postponed due to the rain.

The peaceful march was expected to start at 7am.

One of the protest organisers, Sandile Mavundla, confirmed that residents would shut down every road entering Alexandra, which will include the N3 London off-ramp, Marlboro exit and M1.

ALSO READ: Alexandra vows to shut down Sandton on Monday

Mavundla said he could not give more details of the shutdown to the media because it might compromise their plans.

Grayston Drive from Alexandra to Sandton will be the most affected later on in the day as protesters threaten to march to the Region E offices in Sandton and the Johannesburg Stock Exchange.

Mavundla said he could not give more details of the shutdown to the media because it might compromise their plans.

Meanwhile, Mashaba said he was unaware of the meeting with the community of Alexandra.

“I have noted erroneous reports that I was due to engage the residents of Alexandra today. I believe this has been maliciously reported, as I was due to lead a civic funeral in the city of Johannesburg at the same time, and could not have made such a commitment,” said Mashaba.

Earlier last week, Alexandra residents embarked on protest action against poor service delivery, high levels of crime and the issue of illegal land use, among other issues.