Rasty Knayles: graffiti and tattoo artist is making his mark in life

He also designed the new R2 coin which features, among others, a minibus taxi as a symbol of freedom of movement, and celebrates 25 years of democracy. 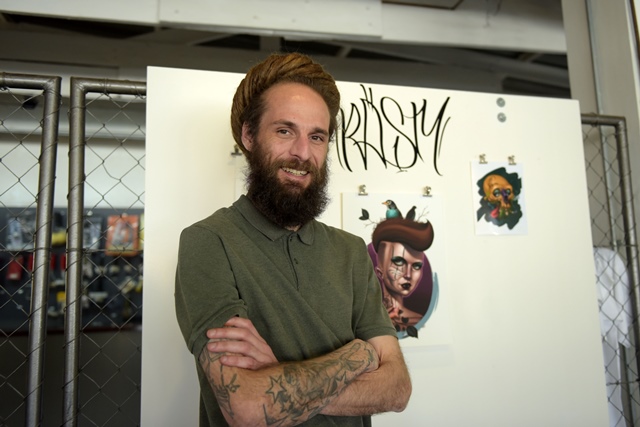 Freedom of movement is a concept embedded in the Constitution – and on the graffiti-sprayed walls of Johannesburg where artist Rasty Knayles plies his craft.

Most people don’t know the name or face, but anyone who has taken a walk through one of Johannesburg’s artsy neighbourhoods know his work.

He has also painted numerous murals for corporate clients the world over, while his more permanent artworks adorn thousands of bodies across the country and his tattoo waiting list is several months long.

Already a renowned street and tattoo artist, Knayles’ talent recently received the seal of approval from the highest seats in the country, with the pending launch of the South African Mint’s release of the official R2 coin commemorating 25 years of democracy this year, which he designed. 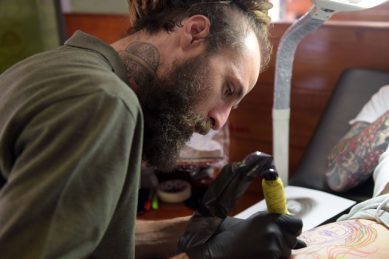 Rasty Knayles, graffiti and tattoo artist and founder of the Grayscale Gallery, poses for a picture at his gallery in Braamfontein, 2 August 2019. Picture: Tracy Lee Stark

The artist, who picked up that first can of spray paint at the age of 17, says this is the highlight of his career.

The mint approached him as part of a group of artists to work on the project of designing a coin. After being split into focus groups, Knayles was eventually assigned with adorning the R2 coin using the Constitution as inspiration – particularly section 21, which deals with freedom of movement.

His inspiration for which symbols he would use stemmed from his decision not to use a famous face, but rather animals and inanimate objects. And what represent freedom best? “The bird represents the fact that one can travel anywhere, set up residency anywhere.

But the final pièce de résistance, was Knayles’ inclusion of the minibus taxi – a symbol far more peculiar to SA’s sociopolitical history, as well as the reality for millions of citizens.

“When I saw there was still space left on the coin, I decided to fill it out with the taxi, which is something I feel really worked well with the rest of the imagery.

“We all have a love-hate relationship with the taxi, so this was my tribute to something that represents freedom of movement within the country.

“For me it was the fact that this symbol would have a lot of resonance with people, particularly because of our recent apartheid history and how people were restricted in terms of where they could move around.

“It was very important to highlight the historical context of this right to freedom of movement,” says Knayles. 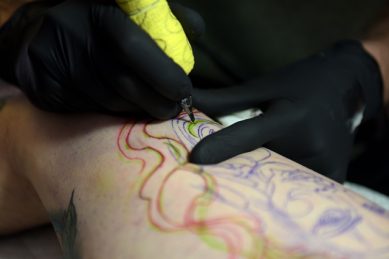 Graffiti, a street-based art form, represents a transcendent kind of freedom for Knayles – one which could never be taught in a classroom.

“Living in Johannesburg where I started graffiti, I can say I experience that freedom myself in terms of the fact that I can paint anywhere.

“I am allowed to express my creativity, and being able to move around the city and choose where I want to paint is also a great privilege.”

Coming from a tattooing and graffiti background, it has always been important for him to expand from that realm and take his art to other mediums. So, to be recognised and included with other artists from more formal art backgrounds was a grand affirmation for him and graffiti as a genre of art.

But Knayles, who went from graffiti to tattoo art more than 10 years ago, believes while it was important for graffiti to form part of the formal education of artists in terms of its history, the future of graffiti should remain, at its roots, a streetbased, non-establishment platform.

“It is difficult, because graffiti is mainly a street knowledge – something you learn about through practical experience. Its not necessarily something you can teach; that can be institutionalised. That being said, it is very important for it to form part of what people learn about the history of art, because it is a global phenomenon.

“I don’t think there is a part of the world that doesn’t have some form of graffiti culture and it has always had an element of anarchy, so there isn’t any particular construct that you can make into a degree,” he says.

Knayles also owns and manages the Grayscale store in trendy Braamfontein. The shop is not only known for its graffiti supplies, but also as a place where others, like him, who want to make their break into the alternative art world, can find an outlet.

The shop has an adjoining gallery, which acts as a platform for young emerging artists to exhibit and sell their work.

Graffiti, street art, illustration, tattooing and other mediums which may get sidelined in the highbrow galleries of the suburbs can here get the respect and exposure it deserves – and hopefully give birth to the next Rasty Knayles and inspire the next generation of urban artist.