He will bring an end to a career spanning two decades as TMO in today’s Currie Cup final. 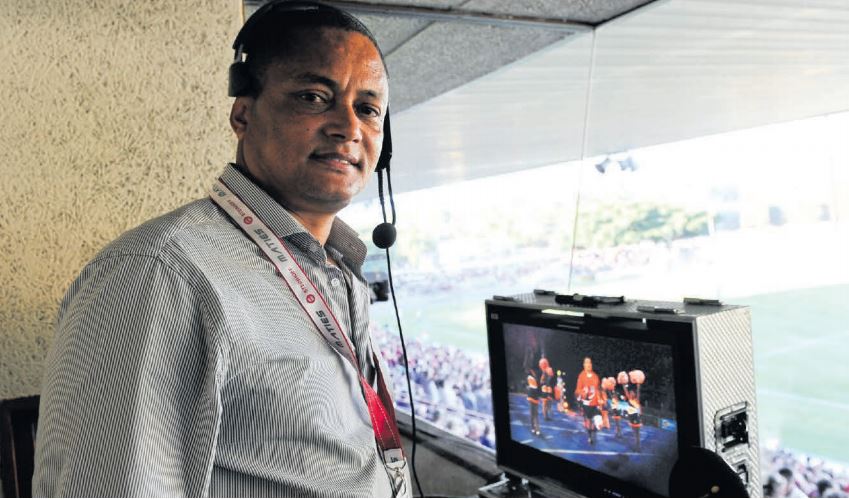 Shaun Veldsman will bring down the curtain on a stellar refereeing career at the Currie Cup final in Bloemfontein, 6 September 2019. Pictures: Gallo Images

If an in-goal decision gets referred to the television match official (TMO) during today’s Currie Cup final between the Cheetahs and the Golden Lions, it might be the last time television viewers will hear Shaun Veldsman’s customary “you can award the try’’.

After a career in match officiating spanning more than two decades, first as a referee and then as TMO, as the result of a knee injury, the former school master will retire after today’s match at the Free State Stadium.

“I am 52 now and turning 53 next month, which is still young, but I think the younger generation can take over now and I can step aside for somebody else,” the affable Veldsman told Saturday Citizen.

“I have been involved in refereeing and TMO duties for more than 20 years and I think I have achieved everything I wanted to.

“I was involved at the 2011 and 2015 Rugby World Cups, handling the TMO duties, which included the 2015 World Cup final, the 2016 Six Nations and the 2018 Currie Cup final, among other international tournaments.

“And it was great to be involved in those big games, but there was even a Test between Namibia and Samoa which stands out,” he said.

“As a referee, the Currie Cup final at Loftus in 2003 between the Bulls and the Sharks stands out.”

Veldsman said the setting and occasion of today’s match was a fitting farewell.

“After I stopped officiating as an on-field referee, my first big match as a TMO was the Currie Cup final between the Cheetahs and the Blue Bulls in 2006 in Bloemfontein, which ended in a 28-28 draw.

“And, now, it ends again in Bloemfontein with another final, so I think I can look back at a rewarding career.” 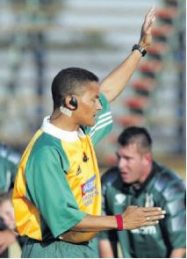 As far as life after rugby goes, he didn’t want to divulge too many details, but chances are good he will stay involved in rugby.

“It would probably be in a rugby direction, but I rather don’t want to specify details as it’s still in the process,” said Veldsman, who will no doubt have more time on his hands to do more of two things he enjoys: cycling and camping.

His biggest regret during his career as an official is missing his eldest daughter’s matric farewell in 2011.

“I remember I was on duty at the World Cup in New Zealand when it was Shannon’s matric farewell, which I could not be part of,” he said.

“But my wife Marie was a rock during that difficult time and fortunately, in 2014, when it was my younger daughter Marishan’s matric farewell, I was able to attend, so that made me a feel a bit better.

“They are 26 and 23 now. Shannon is a teacher and Marishan is doing a masters degree in Afrikaans and Dutch, and is full-time at the University of Stellenbosch.

“Hopefully, now that I’m retiring, I will see a lot more of them.”

A low point in his career was seeing a distraught Springbok captain John Smit after losing to the All Blacks at a packed FNB Stadium.

“I remember the Boks were leading but then All Black captain Richie McCaw was involved in a controversial short lineout throw which led to a try. The media later complained about the ball not having travelled the required five metres at the throw in,” Veldsman said.

“After that, the All Blacks scored two more quick tries and I remember John Smit falling to his knees and crying after he missed a tackle in his 100th Test.”

Veldsman has seen many interesting places throughout the world during his career and singled out Argentina as his favourite destination.

“Wales was also a highlight because you walk through the city to get to the stadium and after the game they would stop you to shove a beer in your hand, regardless of whether Wales won or lost.

“They are such a passionate rugby nation, which was evident during that controversial Test in 2008 where the entire Welsh team left the field in protest over the performance of the haka by the All Blacks.”

A TMO’s job might look easy, but Veldsman said there was much more to it than met the eye.

“During a big game like at the World Cup, there are about 40 cameras with different angles, while in a Currie Cup match there’s about 13 from different angles. And while the fans see the same angle, TMOs have to look at the angles with a technical eye,” he said.

“It also depends on the nature of the referee’s question, whether he asks ‘is there any reason why I can’t award the try?’.

“But there will always be those fans who don’t agree with you. In that regard, it helps not being on social media.

“For me, it’s about the review that I get from the rugby board which counts at the end of the day.”

Veldsman said the perfect match for a TMO was when no calls were referred.

“But we are generally referred to as ‘sweepers’, meaning the ones who have to clean up the mess,” he joked. “We can call only on incidents in the in-goal area or on possible foul play in the lead-up to a try.”

He singled out former Test referee Tappe Henning as the person who probably played the biggest role in his officiating career.

“Tappe these days lives in Scotland, but he helped me a great deal when I first started out as a TMO and he was the first one I contacted when I decided to call it a day.”

And who is his money on today?

“I’ll support the team who scores the most points,” he said.

Ramaphosa: Employment stimulus to stave off job crisis
6 hours ago
6 hours ago

Ramaphosa: Employment stimulus to stave off job crisis
6 hours ago
6 hours ago