Analyst questions why US took so long to sanction Guptas

One analyst thinks it's curious that the US is taking action now, when the allegations have been around for a long time, and its own corporates are notoriously corrupt. 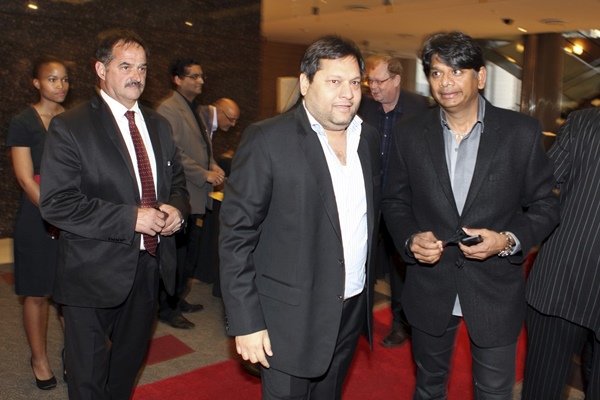 A few hours after it was announced that the US Treasury had implemented sanctions against the controversial Gupta family and associate Salim Essa, US Secretary Michael Pompeo tweeted that the action made it clear those involved in corruption would face consequences.

A statement issued on Thursday, said the US Department of the Treasury’s Office of Foreign Assets Control (OFAC) had designated the controversial Gupta brothers and Essa “for their involvement in corruption in South Africa pursuant to Executive Order (E.O.) 13818, which builds upon and implements the Global Magnitsky Human Rights Accountability Act”.

“The Guptas and Essa have used their influence with prominent politicians and parties to line their pockets with ill-gotten gains. We will continue to exclude from the US financial system those who profit from corruption,” Sigal Mandelker, Treasury Under Secretary for Terrorism and Financial Intelligence was quoted as saying in the statement.

The statement highlighted that the family had immigrated to South Africa in the 1990s and managed to expand their business interests through their alleged close ties with former president Jacob Zuma.

“Credible reports of these corruption schemes include the Gupta family offering members of the South African government money or elevated positions within the government, in return for their cooperation with Gupta family business efforts,” the statement reads.

“As a part of their corrupt business enterprise, South African government officials and business executives discussed ways to capture government contracts and then move the proceeds of those contracts through Gupta-owned businesses.”

When Zuma appeared before the Zondo commission looking into state capture in July, he defended his relationship with the controversial family, denying he had done anything “unlawful” with them.

He told the commission that he first met the Gupta family after they had met with former president Thabo Mbeki.

“Members of this family were brought to my residence in Oliver Tambo when I was a deputy president where I saw them for the first time … the person who introduced them was Essop Pahad. They were introduced as good business people, but they were also comrades of members of the ANC. That’s how some of my family members got to know them…

“I found them to be a very friendly family. With time, I got to know quite a number of them, if not all of them… I got to know that, in fact, when Mandela was president, they started being very close and they were friends of Mandela. When Mandela was gone, they were friends with Thabo [Mbeki]… I never did anything with them, unlawfully or whatever, they just remained friends.”

One analyst thinks it’s curious that the US is taking action now, when the allegations have been around for a long time.

“I think it may well be lobbying and networking from the [Cyril] Ramaphosa camp to have this effected – to stave off a rearguard action from Jacob Zuma,” said analyst Ebrahim Fakir.

He pointed out why South Africans should question why the country’s own authorities hadn’t acted quicker.

“It’s a shame and shameful that US authorities did this, hypocritically – considering their own corrupt president ought to be susceptible to this. South Africans shouldn’t be celebrating this. We should be rueing and regretting the fact that our own authorities are not doing this when it is them who should be. The Hawks, the NPA, the Asset Forfeiture Unit and so on,” he said.

Fakir also questioned if this was the right move for the US.

“Many of its own corporates are notoriously corrupt – they have their own citizens, their own corporates and even their government is guilty of the same – corporate influence peddling, regime change and so on, if not worse – than the Guptas. In fact, US companies like Bain, were involved in Eskom as well as McKinsey. What will the US do about them?” he asked.