One truck driver was killed in the crash, while eight people were rushed to hospital with moderate to serious injuries. 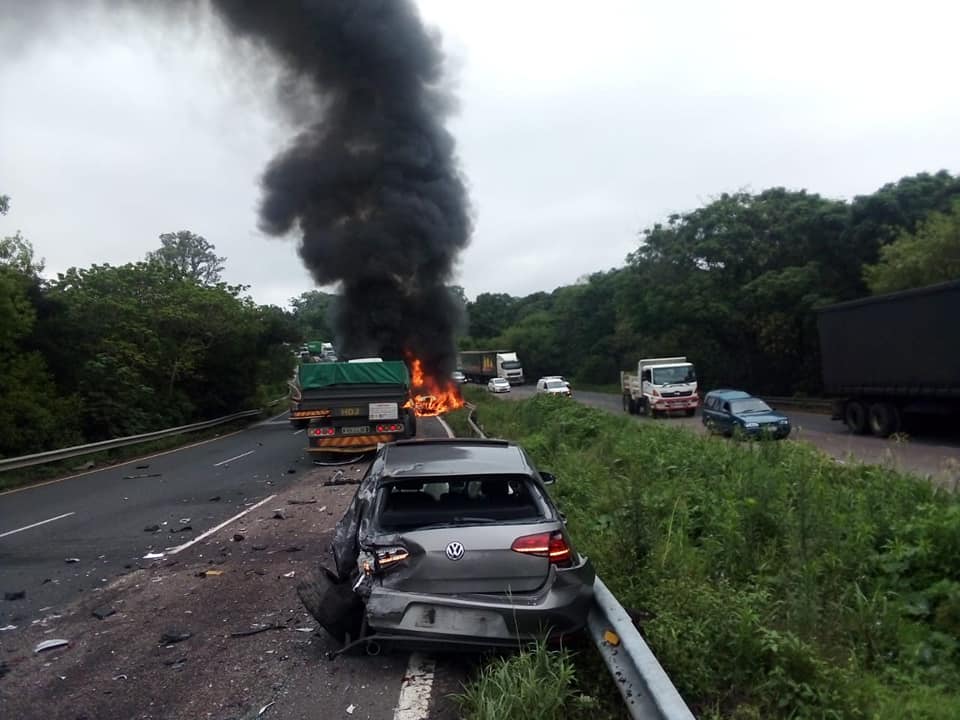 The scene of a horror crash involving a three trucks and multiple vehicles. Image: Facebook/Durban Traffic

A spokesperson for private ambulance and paramedic service Rescue Care, Garrith Jamieson, described the accident to Highway Mail as horrific in a video clip he sent from the scene while rescuers were working to help the injured and manage the scene.

It has since been reported that one truck driver was killed.

According to Jamieson, all the necessary authorities are on the scene and will be investigating what led to the accident.

Netcare 911’s Shawn Herbst said reports from the scene indicated that a tanker and a construction vehicle were involved in the accident which led to the vehicles bursting into flames.

The accident has resulted in the Durban-bound lanes of the road becoming severely congested. However, the Pinetown-bound lanes have also been adversely affected by the accident.

People wanting to travel in or out of the city between Durban and Pinetown are advised to take another route until further notice.

It has since been confirmed that one person was killed in the crash, and that six people had sustained moderate injuries, while two were seriously injured.

Two helicopters from Lenmed and Netcare 911 were among the first responders at the accident scene.

The burning truck had since been extinguished.