The City of Johannesburg and residents are running against time to rebuild the shacks before heavy downpours make a full cycle. 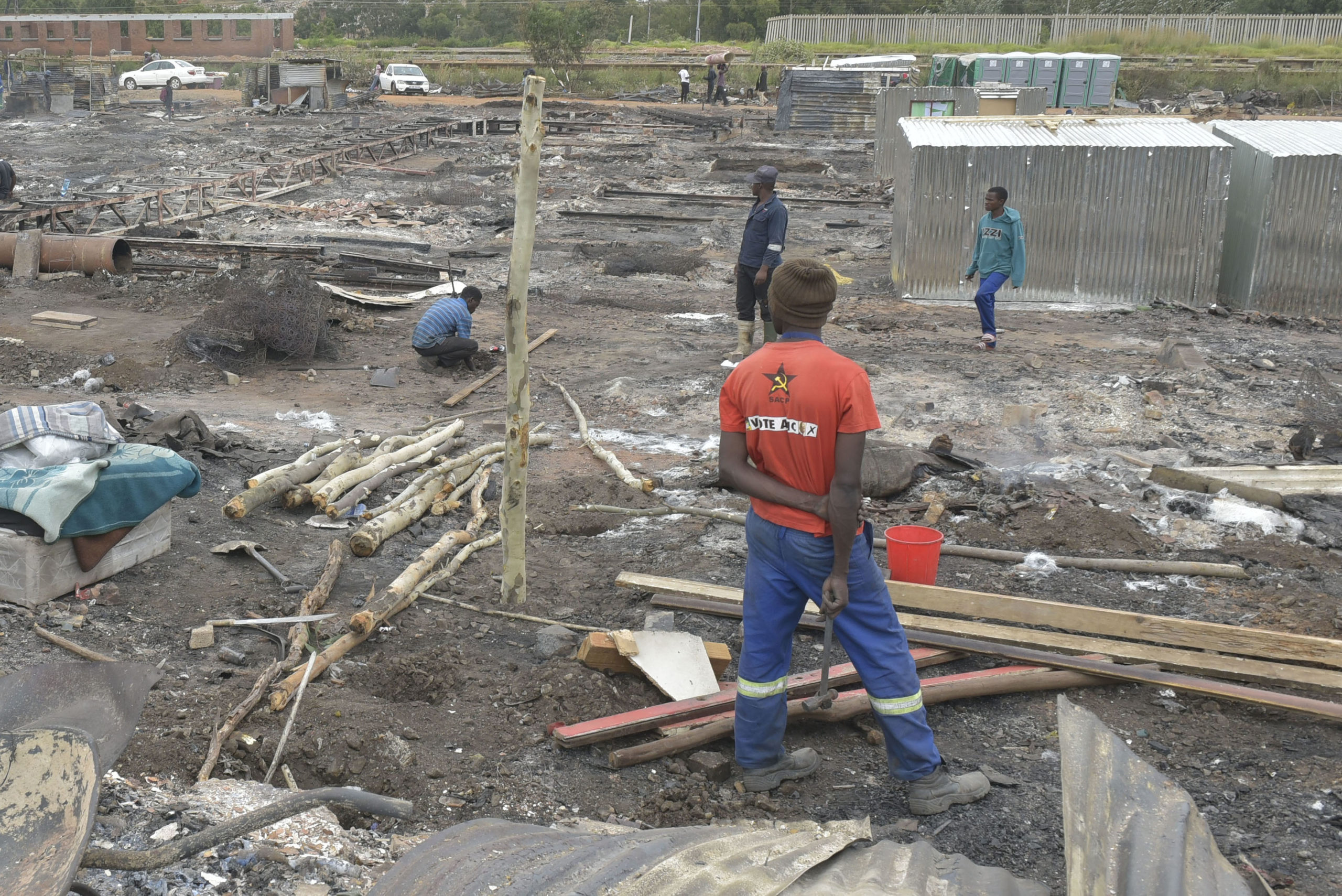 The devastation of the aftermath of a fire that ravaged through a informal settlement in Booysens, 24 January 2021. Picture: Neil McCartney

Residents of Booysens informal settlement, who were left destitute on Friday when a fire tore through their community, were bracing themselves for persistent rain this week.

The South African Weather Service (SAWS) on Monday warned of more persistent rains for Gauteng this week, as Tropical storm Eloise continues to cause havoc in parts of Limpopo and Mpumalanga.

Following last week’s fire, some Booysnes residents were placed into temporary shelters, but scores of others refused to move into the shelters citing that the distance was too far.

According to Mlungisi Mabaso, the City’s Member of the Mayoral Committee (MMC) for housing, a team has been deployed in the area to assist residents in fast-tracking the rebuilding process.

Mabaso said they have also encountered some challenges as residents refused the help of a Tractor-Loader-Backhoe (TLB).

“When we provided them with a TLB to clear the site they indicated that It will be difficult to identify where their shacks were located, hence they have told us not to clear the site. And they have done it themselves,” Said Mabaso.

“The team is on the ground we are working with them, but we are going to make sure that we assist them before the storm comes.”

Over 600 shacks were destroyed and close to 20000 people were displaced and left destitute and in need of material to start the phase of rebuilding.