Inmates have to serve two-thirds of a sentence before they can apply for parole according to a criminologist.

Oscar Pistorius was originally convicted of culpable homicide in 2014, but his conviction was upgraded to murder on appeal.

Reeva Steenkamp’s killer Oscar Pistorius is a tractor-driving “role model” who has turned over a new leaf and may be eligible for early parole.

Criminologist Dr Pixie du Toit, who testified during Pistorius’ trial , said he would be released on parole even sooner than the rumoured date.

Du Toit said criteria such as behaviour and rehabilitation were considered before an inmate parole application was considered.

“He is a model A inmate at Atteridgeville where he drivers the tractor on the farm section of the prison. He also started his own Bible study group.”

READ MORE: Is Oscar’s Pistorius’s time in prison coming to an end?

Over the weekend, it was reported that Pistorius would be eligible for parole in March 2023 after the Supreme Court of Appeal (SCA) failed to account for “time served” when Pistorius had his charge upgraded from culpable homicide to murder in 2017.

Steenkamp’s family said they were hurt by the news of an early parole due to an error.

On Valentine’s Day in 2013, Steenkamp was shot and killed through the door of a locked bathroom cubicle inside Pistorius’ home in Silverlakes, east of Pretoria.

He claimed he mistook her for an intruder on the night.

Tania Koen, who is an attorney and spokeswoman for Steenkamp’s parents June and Barry, said: “While they understand everyone makes mistakes, it is hurtful that this error comes to light a week before the anniversary of Reeva’s death.”

ALSO READ: I am done with Oscar Pistorius – June Steenkamp

Du Toit explained inmates have to serve two-thirds of a sentence before they can apply for parole.

“Pistorius was sentenced to 13 years’ imprisonment and at about nine years he would become eligible for parole,” she
said.

Du Toit said when he was released, Pistorius would likely be placed under house arrest.

Singabakho Nxumalo, spokesperson for the department of correctional services, said there was no parole consideration date for “inmate Oscar Pistorius”. 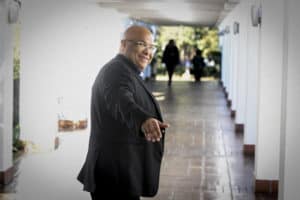 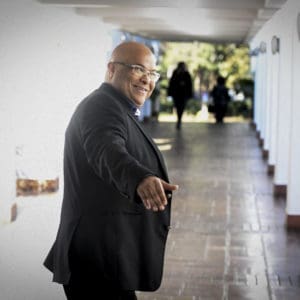