'The explosion took place at around 2am this morning and we are concerned that they are trapped under the rubble,' says Numsa. 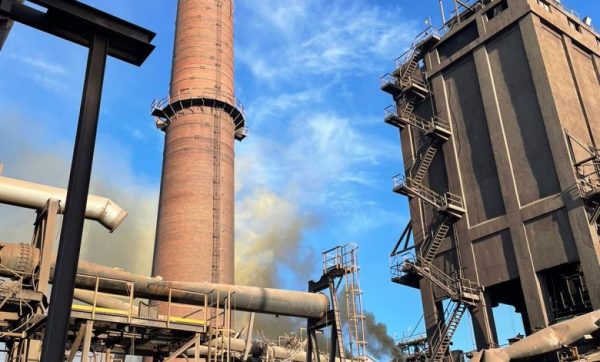 A search and rescue operation has been launched for three employees who are missing after a portion of a 90-metre stack collapsed at a coke battery of ArcelorMittal’s plant in Vanderbijlpark.

The steel production company confirmed in a statement on Wednesday that the incident occurred in the early hours of Wednesday morning.

The portion of the stack that collapsed fell onto the coke battery control room in which the three employees were working.

“Search and rescue teams are onsite and all efforts are focused on finding the missing employees,” said ArcelorMittal South Africa’s spokesperson, Tami Didiza.

“All relevant authorities have been notified and the company will provide its full support to their investigations. The company has reached out to the families of the employees and will offer the necessary assistance.”

ALSO READ: Steel shortage: small factories are on their knees

The cause of the incident is not known at this stage, but the company has launched a full investigation.

Meanwhile, the National Union of Metalworkers of South Africa (Numsa) said it was deeply concerned about the well-being of the missing workers.

“The explosion took place at around 2am this morning [Wednesday] and we are concerned that they are trapped under the rubble. Emergency services is on the scene and is currently trying to find a way to extract them from the building safely, without setting off another explosion,” the Numsa’s Sedibeng regional secretary, Kabelo Ramokhathali, said in a statement.

Ramokhathali said Numsa’s officials were on hand to assist the families of the missing workers with counselling.

“The situation is fluid and we will update the media once we know more about the cause of the accident, and once we have managed to locate our members safely,” he said.