WATCH: Chaos as scuffle breaks out at Canal Walk

The fight is said to have taken place on Saturday, causing a crowd to gather. 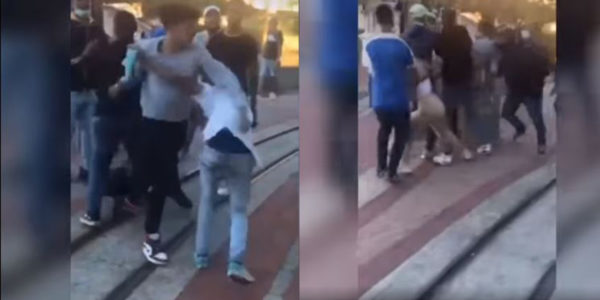 A video of a vicious fight between teenagers at Canal Walk, V&A Waterfront in Cape Town is making the rounds on social media.

The scuffle is said to have taken place on Saturday. In the clips, four teenagers can be seen fighting as onlookers take videos.

A man wearing a blue shirt intervenes to stop the fight but a moment later another youth appears to restart the fight before the scuffle comes to an end.

Videos of the incident went viral on Sunday. It is not clear what the fight was about.

This comes just a few weeks after another incident at the V&A Waterfront last month when a fight broke out in front of the harbour.

The video also made the rounds on social media. A large group of people was seen attempting to attack each other. One man could be seen holding a sharp object.

The V&A Waterfront confirmed that incident on its Twitter page that “one youngster being stabbed in the back. Our security personnel were on the scene to disperse the group & ER24 were called to attend to the victim. He was then released to his family who came to fetch him.”