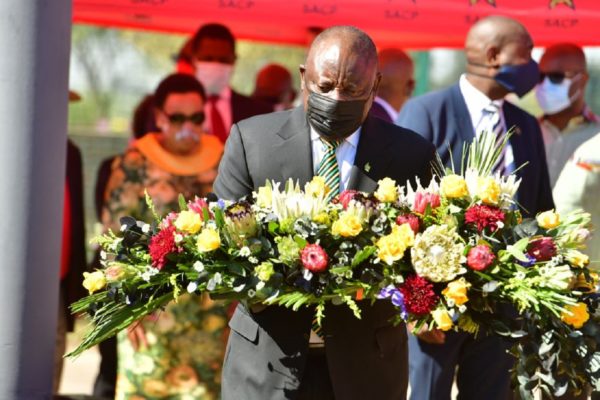 President Cyril Ramaphosa was speaking in Ekurhuleni at the 28th annual commemoration of Chris Hani on Saturday. Picture: Twitter / @City_Ekurhuleni The 28th year of assassinated Chris Hani, born Martin Thembisile Hani, is being commemorated by political figures and members of the public alike on Saturday.

Hani was murdered at the age of 51 on 10 April 1993. At the time, he was the general-secretary of the South African Communist Party, and a member of the ANC’s national executive committee.

He was previously chief of staff of the uMkhonto we Sizwe. A picture taken on April 20, 2020, shows a replica of the sign reading “Work sets you free” (Arbeit macht frei), the infamous sign at the entrance of Poland’s Nazi-era concentration camp, Auschwitz, inside a room the Yad Vashem Holocaust memorial museum in Jerusalem. (Photo by MENAHEM KAHANA / AFP)

It was only decades after the end of World War II, it was discovered a South African was the first to photograph the Auschwitz concentration camp, responsible for the death of more than a million people from 1940 to 1945.

Those photographs were taken by Lieutenants Charles Barry (pilot) and Ian McIntyre (navigator) during a “photo reconnaissance mission over the giant IG Farben Synthetic Oil and Rubber Plant at Monowitz, Poland, five kilometres east of Auschwitz, on 4 April, 1944”, according to The South African Military History Society (SAMHS).

They did it! Kaizer Chiefs reach Champions League quarterfinals 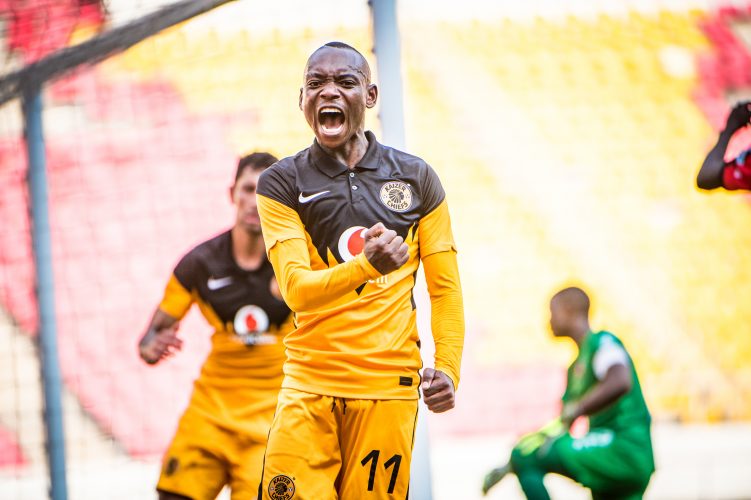 And they are through. Yes, Kaizer Chiefs are through to the knockout stages of the Caf Champions League after holding Horoya to a 2-2 draw away in Guinea on Saturday night.

Both sides finished on nine points in Group C, but Chiefs’ two away goals meant they beat Horoya in a head-to-head match up. Tributes have poured in for well-known doctor Dr Sindi Van Zyl who died on Saturday morning following a lengthy battle for her life while in hospital.

In a statement on Saturday afternoon, Van Zyl’s family confirmed her passing aged 45.

‘No faith in Eskom’s racism probe into De Ruyter’ – Numsa The National Union of Metalworkers of South Africa (Numsa) has raised its concerns after the investigation into allegations of racism against Eskom chief executive officer (CEO) Andre de Ruyter was put on hold.

On Tuesday, Parliament’s standing committee on public accounts (Scopa) agreed to allow Eskom to first carry out its internal investigation. Mounted police are seen as media and members of the public arrive in front of Buckingham Palace in central London on April 9, 2021 after the announcement of the death of Britain’s Prince Philip, Duke of Edinburgh. – Queen Elizabeth II’s husband Prince Philip, who recently spent more than a month in hospital and underwent a heart procedure, died on April 9, 2021, Buckingham Palace announced. He was 99. (Photo by Tolga Akmen / AFP)

The funeral of Queen Elizabeth II’s husband, Prince Philip, will take place next week, Buckingham Palace said on Saturday, announcing a stripped-back ceremony due to coronavirus restrictions, and a return for exiled royal Prince Harry but not his wife, Meghan.

Royal officials said the funeral, which will be televised, will take place at 1400 GMT on Saturday, April 17 in St George’s Chapel, Windsor Castle, west of London.