Scrolling message ruining your soapies? Time to get a decoder

Consumers who are not subscribed to DSTv will need to sign up for a decoder or set top box, but on the plus side no more pesky bunny ears! 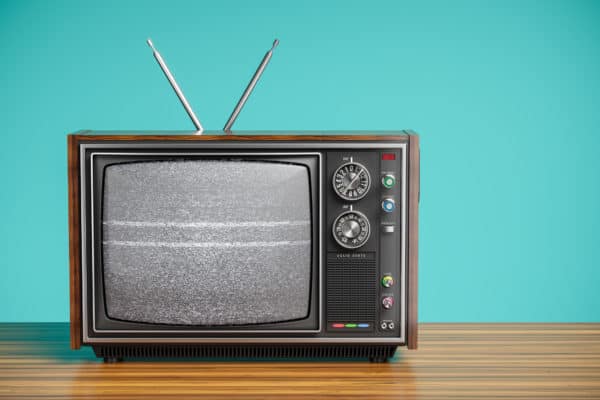 The switching off of analogue TV transmitters and moving to digital will only affect SABC 1, 2 and 3 viewers. Picture: iStock

If you have to compete with a continuous scrolling message on your TV screen while watching your favourite SABC shows, fear not, your tech doesn’t need replacing, it’s the country’s, specially the broadcaster’s, that does.

The message reads as follows: “This analogue broadcast service will be switched off permanently. To continue receiving this and other high-quality broadcast services, visit your nearest post office to enquire and to register for a government-subsidised digital decoder. WhatsApp 060 062 5458 or call 0860 736 832 for more information.”

The SABC said in a statement that the message would run for one week a month until the end of March 2022.

The move to digital television has been in the pipeline since 2005 when the International Telecommunications Union said regions that had not yet moved their television broadcasting to a digital platform needed to do so.

The switching off of analogue TV transmitters and move towards digital, will only affect SABC 1, 2 and 3 viewers.

The process began in March this year, with the aim of releasing “valuable spectrum” to provide new services such as wireless and other broadband services.

Digital broadcasts also only need a small fraction of the spectrum required for broadcasting. Digital broadcasting will therefore provide more opportunities for an increase in the number of digital TV channels, which means more content and choice for consumers.

The broadcaster has also promised better sound and visual quality, so no more squinting to read subtitles on grainy images.

In February, the country’s high-demand spectrum licensing was “at an advanced stage”, the government said.

Digital terrestrial TV (DTT) gets its signal from satellites in space.

Consumers who are not subscribed to DSTv will need to sign up for a decoder or set top box, but on the plus side no more pesky bunny ears!

The process is also a plus for the SABC, with IT Web reporting that digital migration will reduce costs for the embattled broadcaster.

Sentech, a state-owned company that delivers electronic communication network services to the country, told the publication that signal services cost more than R70 million a month.

Sentech COO Tebogo Leshope said the SABC could save up to R130 million a year with digital migration.