For the safety of their staff and to keep their doors open, some businesses are accommodating employees so that they do not have to commute. 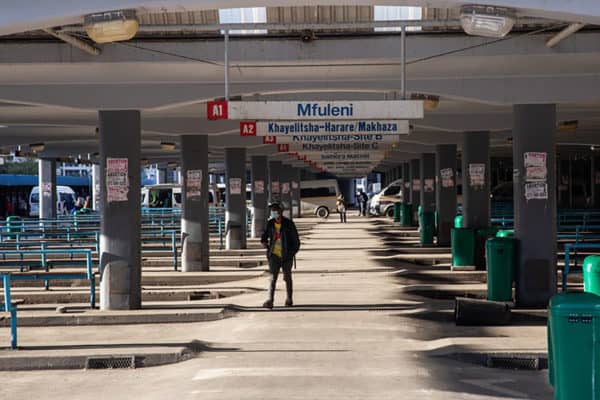 In an effort to keep their doors open and their workers safe from warring taxi associations, some Cape Town businesses have started putting their staff up in accommodation close to their premises.

In the midst of the paralysis of Cape Town’s public transport, Clarke’s Bar & Dining Room on Bree Street in the city centre was closed for two full days and two half-days. Owner Lyndall Maunder told GroundUp they then decided to book over a dozen staff members into a nearby hotel.

She said that they noticed other businesses doing this and the “penny dropped”. “We organised it within a couple of hours and moved the staff into the city,” she said.

Maunder said they started on Wednesday and are busy getting more staff to stay in the city.

Maunder said that the cost to her restaurant of the taxi violence has been massive, and that the restaurant was already struggling before the violence broke out.

Now, she is worried about how long it will continue. “We can’t pull these people away from their families for so long,” she said.

Felix Zimba, a staff member of Vamp, a furniture manufacturer and retailer, was booked into a backpackers close to the factory in Woodstock earlier this week, along with some of his colleagues.

Zimba, who lives in Samora Machel, Mitchells Plain (some 19km from Woodstock), said that before he moved into the backpackers, it was a very stressful experience thinking about how he was going to get to work and back home each day.

“This is a very big challenge to us as workers,” said Zimba. “We just hope that this thing can come to an end. Because if it’s going to continue like this we’re going to suffer again this coming month,” he said. But he’s grateful for the chance to lodge close to work, because friends of his, employed elsewhere, have lost their jobs because they couldn’t pitch up for work.

Vamp owner Paula van Niekerk said that before they booked staff into the backpackers on Wednesday, there were a couple of days where no staff came into work. “It wasn’t worth anybody’s safety,” she said.

She said that the Covid-19 pandemic, the unrest in Gauteng and Durban, and now the taxi violence were all taking their toll on business operations. While they have a lot of orders, they are now stretched to fulfil them.

Van Niekerk said that they told staff who can’t come in to work due to family commitments that they should stay home until it is safe. The workers were still getting paid, she said.

“Our production has basically come to a halt,” she said. “We are very behind, which is difficult when we’re just trying to get back on our feet again. But for now, they are just taking things day-by-day.”

Sassa SRD grant: You can now collect your R350 from PnP and Boxer. Here's how
7 hours ago
7 hours ago

GP Metrorail loses 'over R76m' to theft and vandalism of stations, says DA
11 hours ago
11 hours ago

Sassa SRD grant: You can now collect your R350 from PnP and Boxer. Here's how
7 hours ago
7 hours ago

GP Metrorail loses 'over R76m' to theft and vandalism of stations, says DA
11 hours ago
11 hours ago