The police recently came under fire and were accused of failure to keep law and order when violent protests and widespread looting ravaged parts of Gauteng and KwaZulu-Natal. 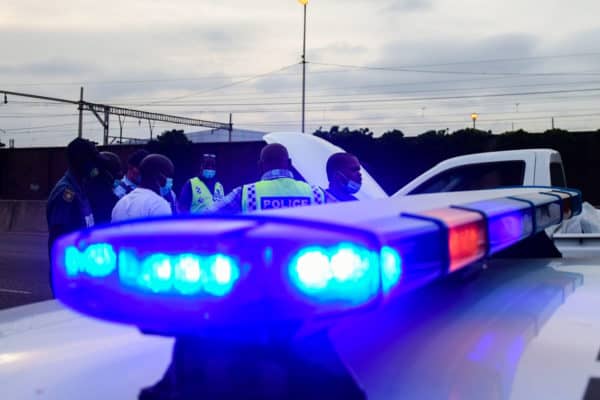 It has emerged that the policing unit in Gauteng is limping, with over half of its flying squad vehicles out of service.

This was revealed by the Democratic Alliance (DA) in a statement derived from a written response to the party by the MEC for Community safety Faith Mazibuko.

The party has lambasted Mazibuko and Police Minister Bheki Cele following the revelation and said the vehicles would have played a major role in saving lives, businesses and looting had they been available.

Gauteng recently went through a torrid period with violent protests that led to scores of fatalities, property and business destruction and looting.

The party said it was mostly concerned that the department had no timeframe as to when the vehicles would be available.

“This is unacceptable as the Saps must have a turnaround time as to when the vehicles will be fixed based on the level of damages,” said DA’s Michael Shackleton.

“This has also negatively impacted the work of the police flying squad which are mostly deployed in crime hotspots areas, particularly during this recent unrest where they could have assisted in preventing the people from looting and damaging malls and shops.”

According to Mazibuko, there are only 107 vehicles available across the province, out of 231.

The DA said that it would write an open letter addressed to both Minister Cele and MEC Mazibuko requesting their immediate intervention in this regard.

The police recently came under fire and were accused of failure to keep law and order when violent protests and widespread looting ravaged parts of Gauteng and KwaZulu-Natal.

Although the police tried in some areas to repel the crowds, in many instances the looters appeared to have an upper hand in the situation, resulting in the police stepping back and watching as they went rampage.

Back in May it was revealed that there was only one operational Saps helicopter servicing the entire province.

“Of the seven helicopters allocated to Gauteng only one is serviceable and operational while one has been redeployed to the Western Cape province since it had no serviceable helicopter for the past two years,” Mazibuko told the DA at the time.

The Saps Air Wing unit provides critical support to officers on the ground by helping them find criminals hiding in thick bush, searching for missing persons and chasing armed robbers in high-speed chases and cash-in transit heists.
It is are also crucial for accurate aerial observation of crimes and can track suspect movements rapidly.