It is reported that an email from Crime Intelligence circulated on 12 July warning the police top brass about the unrest. 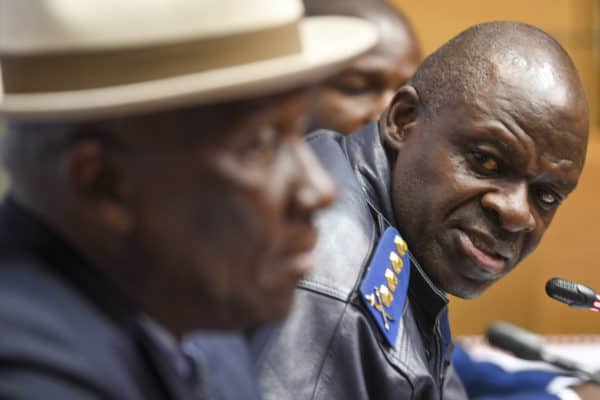 News24 has reported the Crime Intelligence division within Saps has sent out a number of “early warning” reports – between 9 and 12 July – regarding the possibility of violence.

The violence, which occurred in parts of KwaZulu-Natal and Gauteng, leaving more than 300 people dead to date, was ostensibly sparked by the imprisonment of former president Jacob Zuma.

The police, along with the Justice, Crime Prevention and Security Cluster (JCPS), have been criticised for the handling of the unrest, with President Cyril Ramaphosa acknowledging government’s unpreparedness for the riots.

Police Minister Bheki Cele and former State Security Minister Ayanda Dlodlo were at odds over whether the Saps was provided with intelligence reports about the deadly unrest.

While Dlodlo claimed that police had such information, Cele, however, disputed this.

Cele previously told Parliament’s portfolio committee on police that he had not received intelligence warning him about the possibility of the unrest.

However, it is reported that an email from Crime Intelligence circulated on 12 July warning Saps’ top brass about the matter according to News24.

This was on the same day that the Constitutional Court heard Zuma’s rescission application challenging his prison sentence, in which the judgment was reserved.

The publication stated the email warned the police that the uMkhonto we Sizwe Military Veterans Association (MKMVA) planned to cause havoc in eThekwini, KwaZulu-Natal.

The correspondence also revealed that a group had planned to attack trucks along the N1 between Gauteng and Limpopo.

It was then copied to National Police Commissioner Khehla Sitole, the Hawks and the National Joint Operational Centre (NATJOC), among other police divisions, by a warrant officer who authored the email.

Frolick said following oversight visits in KwaZulu-Natal and Gauteng, it was clear that Parliament required more information on the unrest, which would see an inquiry set up to investigate the matter.

The investigation, he further said, will look into whether the State Security Agency (SSA) had an intelligence report on the riots prior to the incidences occurring.

READ NEXT: Sitole evasive over arrests of 11 alleged riot instigators