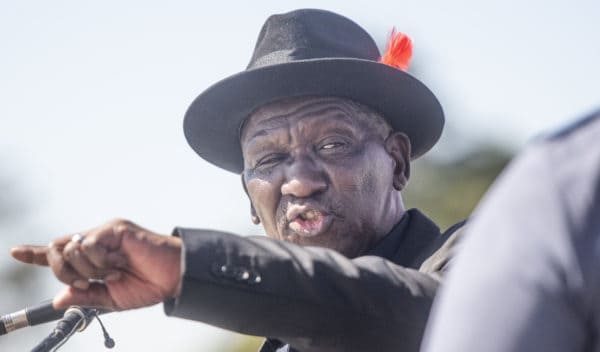 More suspects who are believed to be the instigators behind the rampant looting and violent unrest the country witnessed recently are expected to be arrested.

This is despite government previously suggesting that 12 instigators were behind the “well-orchestrated economic sabotage”.

The violence took place in parts of KwaZulu-Natal and Gauteng and left more than 300 people dead to date.

However, the looting, which was widely seen as an expression of anger and frustration by people living in poverty, was also worsened by the impact of Covid-19.

Speaking in Lamontville, KwaZulu-Natal on Sunday afternoon, Police Minister Bheki Cele revealed that more instigators – including “high-profile” people – are expected to be arrested.

“When it comes to the people [who were] regarded as instigators the figure there has remained at 12 of the people, but that does not end there because there are many that have been identified and police are identifying more going forward.

“We believe that there will be people identified in high profile, where police are after them,” he said.

Cele had visited Lamontville following the shooting of a 33-year-old woman.

Sitole, however, refrained from saying that the instigators behind the unrest were “12 people”.

“I don’t want to say there are 12 people. We have asked in the National Security Council as well, where we are reporting, that we rather be allowed to deal with this matter operationally. Because, from time to time, we are asked to relate on progress on arrests.

“Although it’s no longer a problem to report people that have already been arrested, but sometimes if you are dealing with an unconventional approach, it is far more risky to tell people that you have arrested someone, because of the other unconventional modus operandi risk[s] that are there,” he said.

It is alleged that instigators used WhatsApp and Telegram in order to carry out their strategic planned attacks according to Daily Maverick.