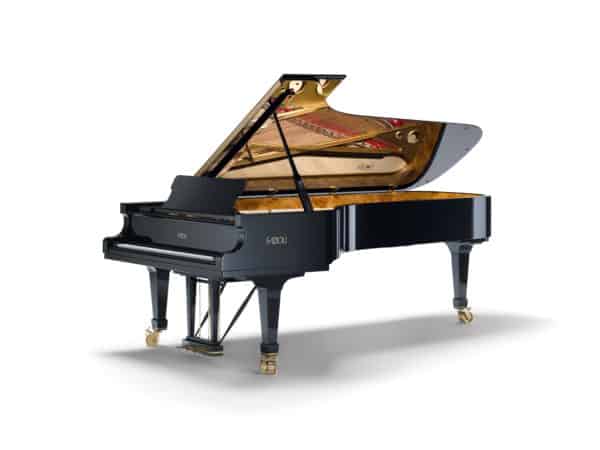 Cape Town piano dealer Ian Burgess-Simpson Pianos has imported a Fazioli concert grand piano for one of its clients and will deliver it to the pianist within days.

It just needs to unpack it after the long flight from Italy, because you don’t stuff a Faziolo into a shipping container.

While not disclosing the exact price, a new Fazioli F278 concert grand piano carries a tag of about R4.8 million.

Assuming that the buyer paid for it a few weeks earlier, when the rand was a lot stronger, they probably paid slightly more than R4 million.

“That’s pretty close,” commented one of the staff members at Ian Burgess-Simpson Pianos.

The dealer disclosed that the piano has been purchased by a private buyer, who it says is a serious pianist realising his dream of owning and playing on an “astonishingly fine piano”.

The new owner indicated plans to make the piano accessible to pianists and piano lovers for small concerts, or just for the opportunity to try one of these unique instruments.

Fazioli is a relative newcomer in the world of upmarket pianos. Paolo Fazioli founded his factory only 40 years ago, compared to other well-known brands that have been around for centuries.

At the top end of the market, Steinway & Sons, Yamaha, Blüthner and Bösendorfer are most likely to be found on stage in front of the likes of Yuja Wang.

There are more expensive pianos around, but they are usually expensive for reasons other than their musical appeal.

It’s a moving target, but Steinway & Sons boasts of a few specially painted pianos valued at more than $2.5 million an eye-watering R37 million.

Pianist Magazine noted in 2018 that a normal brown (and faded) upright Steinway was sold at an auction for $2.2 million, purely because it was owned by John Lennon. At the time it was the second most expensive piano in the world.

In contrast, Beethoven’s Broadwood & Sons grand piano, which the great composer literally hit to pieces when his hearing started to fail, was said to be worth only around $200,000, according to an old article on estimates.

It was donated to virtuoso Franz Liszt after Beethoven’s death and, now restored, belongs to the Hungarian National Museum. An old Broadwood grand was recently offered for sale in SA for R38 000.

ALSO READ: Here are the five best wines under R150

Not ‘indulgence of wealth’

With regards to the new Fazioli, Ian Burgess-Simpson noted: “The purchase of this piano is not an indulgence of wealth, but the expression of a great and life-long passion.”

The dealer added that there are only eight Fazioli’s in Africa and all of them are located in SA. Burgess-Simpson noted that the new Fazioli has a unique heritage.

“This instrument comes from the Fazioli concert fleet and is only four years old. It has the remarkable distinction of having been specifically selected for performances by great pianists, including Daniil Trifonov, Angela Hewitt, Louis Lortie and Vadym Kholodenko.”

We added that spending R4 million also proves the beauty of capitalism.

The free market system allows choice. A lot of people would immediately say that it is insane to spend millions on a piano. Prices are relative. Some people will not be willing to spend R32 on a cup of coffee.

A wristwatch only tells the time but can be more expensive than a stove.