The 19-year-old was raped and killed inside a Post Office in Claremont, Cape Town on 24 August 2019. 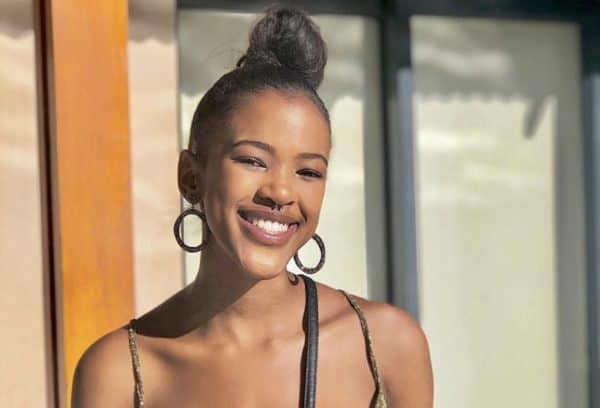 Two years after the murder of University of Cape Town (UCT) student, Uyinene Mrwetyana, vice-chancellor professor Mamokgethi Phakeng has urged all South Africans to take action against the alarming rate of sexual and gender-based violence (SGBV) in the country.

“Every year, across our country, in all kinds of communities and homes, womxn and girls face SGBV from the men they look to for love and protection: whether it is a boyfriend or a husband, a father or other relative, a neighbour or friend or colleague at work or in school or university.

“We may not know these womxn and girls. But they are our responsibility. I am asking you to make a commitment to do what you can to protect the future they hold. Because there are effective actions each of us can take,” Phakeng said in a statement on Tuesday.

Tuesday marks the two-year anniversary of Mrwetyana’s murder. The 19-year-old was raped and killed inside a Post Office in Claremont, Cape Town, by teller, Luyanda Botha, on 24 August 2019.

Her killing sent shockwaves throughout the country and led to calls for government to address the scourge of GBV in South Africa.

Botha was handed three life terms by the Western Cape High Court in November 2019 after he pleaded guilty to Uyinene’s rape and murder.

Mtebeni, 23, was allegedly murdered by her boyfriend, Alutha Pasile, who dismembered her body and discarded it in a suitcase on an East London street last week.

Phakeng said: “Just two years ago this week, we were reeling from the rape and murder of Uyinene. Today I am devastated that I feel the same heartache I felt in 2019.

On behalf of UCT, I extend our heartfelt condolences to Nosicelo’s family, friends and the University of Fort Hare community on this terrible loss.

SA ‘robbed of its bright stars of the future’

The vice-chancellor said South Africa was being robbed of its bright stars of the future due to GBV.

“Nosicelo had her heart set on making a difference. Her classmate told the media that Nosicelo wanted to be appointed as a Constitutional Court judge someday.

“To aim for such a goal, she must have had loving and confident support from her family and friends. She must have felt empowered to serve her country,” she said.

Phakeng said UCT’s office of inclusivity and change was helping to coordinate the national campaign on campus against GBV. This includes petitioning Parliament to end violence against women and girls, among other measures.

The Uyinene Mrwetyana Foundation website also provides a template where messages can be submitted to MPs. All submissions would be attached as a petition to be received by the Presidency on Saturday.

“I especially call on the men of UCT to rise up and help to hold each other accountable for the attitudes, unconscious behaviour and direct actions that contribute to SGBV. Every womxn who is destroyed by SGBV had something to offer her family, community and country.

“Through SGBV we lost that significant potential. It is our responsibility to do everything we can to end this destruction,” Phakeng said.

READ NEXT: ‘Remember her beautiful smile and warm heart’