British American Tobacco (BAT) is alleged to be involved in bribery and spying on smaller local competitors. 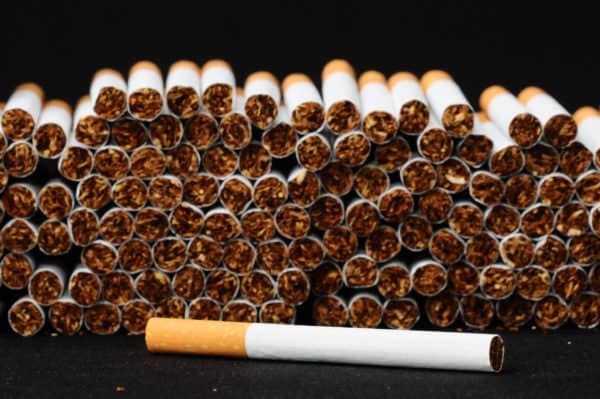 As information mounts against British American Tobacco’s (BAT’s) alleged involvement in bribery and spying on smaller local competitors, authorities responsible for looking into such syndicates seem to continue to turn a blind eye.

An investigation into one of the biggest cigarette manufacturers found that BAT had funded a network of 200 secret informants in southern Africa, including a private security company which allegedly used illegal surveillance to damage rivals.

The joint investigation by BBC Panorama’s Bureau of Investigative Journalism and the University of Bath found evidence suggesting the tobacco giant paid a bribe to then Zimbabwean president Robert Mugabe and was involved in negotiations to pay between $300,000 (about R4.2 million) and $500,000 to Zanu-PF in 2013.

The alleged bribes were also meant to get certain people who were caught for spying for BAT in Zimbabwe released from jail.

Forensic Security Services was found to be allegedly under BAT’s payroll to tap phones of competitors in southern Africa and place tracking devices on their vehicles, while allegedly bribing staff for information.

Whistleblowers have stated it would also pay bribes to law enforcement and customs officials for any leaks and footage.

But these were criminal complaints lodged by the Fair-Trade Independent Tobacco Association (Fita) in 2016, which have since been ignored.

Fita members, who were BAT’s competitors, have had their premises, boardrooms and phones bugged by private investigators, said chair Sinenhlanhla Mnguni.

Fita lodged a criminal complaint in 2016 against BAT South Africa (Batsa) and its employees or agents, Forensic Security Services, BAT Plc, certain employees of the State Security Agency (SSA) and crime intelligence as well as
the Hawks.

But since Batsa responded by appointing attorneys to investigate the allegations, no outcome has been received despite repeated requests, Mnguni said.

“With these allegations resurfacing, we expect the state to investigate these complaints with the same vigour and allocation of resources as they have done in the past in their multiple inspections, raids and criminal investigations
against some of our members.

“This evidence has been available for some years now but this issue seems to have been swept under the carpet time and time again. One has to ask the question of who is being protected here and why,” said Mnguni.

However, this was nothing new since such allegations came to the fore by high-profile whistleblower and former SA Revenue Service (Sars) executive Johann van Loggerenberg, who revealed that attorney Belinda Walters, who also chaired Fita at the time, was also a spy for the SSA and BAT in 2013 and 2014.

Despite the investigations, testimonies and evidence, law enforcement had done nothing, said Van Loggerenberg.

“Sars, the Hawks, the State Security Agency and the NPA have been implicated by people saying they infiltrated them. This is not new news … The Panorama exposé had admissions by witnesses who expressed their willingness to cooperate with authorities. When will we see action and why haven’t we?” he asked.

BAT has rejected the “mischaracterisation” of its anti-illicit trade activity by the BBC and the investigation because a probe by the UK Serious Fraud Office closed the case in January without any charge.

“These efforts in combating illicit trade have been aimed at helping law enforcement agencies in the fight against the criminal trade in tobacco products with the aim of countering the seriously detrimental effects that illicit trade has on society,” he said.

Calls for probe into BAT after allegations of smuggling, bribery surface
2 weeks ago
2 weeks ago

Calls for probe into BAT after allegations of smuggling, bribery surface
2 weeks ago
2 weeks ago