Bhanga was involved in a fatal two-car collision last month. 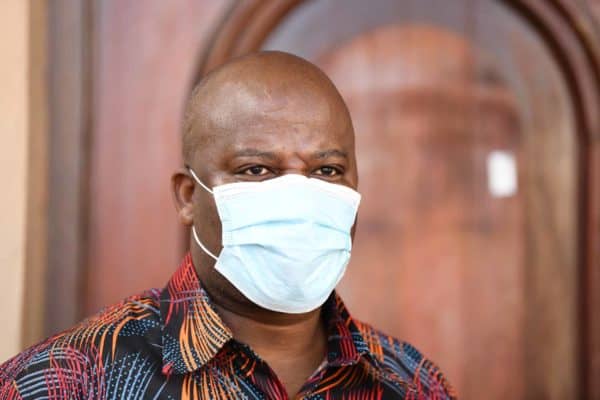 Nelson Mandela Bay mayor Nqaba Bhanga has broken his silence over a fatal car crash that claimed the lives of two people.

Bhanga was recently discharged from hospital after undergoing surgery for internal bleeding.

The mayor was involved in a two-car collision on 28 August, which resulted in Nonzwakazi Maho, 44, and Sandile Ronald Sicolo, 39, losing their lives.

The Democratic Alliance (DA) councillor was hospitalised as a result of the injuries he sustained.

The incident occurred around 11.30pm at the intersection of St Leonards Drive and Uitenhage Road in Gqeberha.

In a series of video clips, Bhanga – who is the DA’s Eastern Cape leader – said he was grateful to have survived and it broke his heart that he was involved in a fatal accident.

Bhanga explained that he was responding to a serious medical condition when the accident happened.

This is after it was speculated that the mayor may not have been in a fit state to drive himself after celebrating his 44th birthday the same night the accident happened.

A case of culpable homicide was then opened and is currently being investigated by the South African Police Service (Saps).

The mayor confirmed in the video that he had met with the police and submitted a statement over the incident.

“I am currently cooperating with the police in this regard and, as you know this is a legal matter and I’ve appointed a legal representative. This should not be viewed as a form of accepting guilt,” he said.

Bhanga said he hoped the investigation would be concluded speedily.

He also revealed that his family had reached out to the deceased families and they were well received as the relatives understood the incident nothing more than accidental.

The elections occurred after the Port Elizabeth High Court declared Bhanga’s 4 December election as mayor inconsistent with the Constitution of South Africa.

Before Bhanga’s controversial election in December, the metro had been without a full-time mayor for nearly a year after late UDM leader Mongameli Bobani was booted out through a motion of no confidence on 5 December 2019.