The tribunal said proceedings were first instituted against Makhanya at least seven years ago but have seen substantial delays, even up to earlier this year. 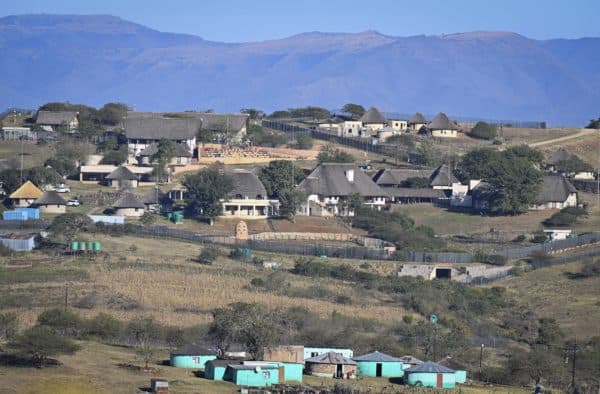 Civil proceedings against Minenhle Makhanya – the contractor behind upgrades to former president Jacob Zuma’s Nkandla homestead – are underway at the Special Tribunal.

According to the Special Tribunal, the Special Investigating Unit (SIU) is attempting to recoup at least R155 million from Makhanya in what the unit called “irregularities” in the contract to renovate the homestead.

“It is contended… [that the contract] was awarded and amended several times in alleged violation and disregard to the legislative prescripts governing procurement in public institutions,” the tribunal said.

The SIU wants to hold Makhanya personally liable for the alleged inflation of prices and irregularities in the procurement of goods for the work done on the homestead.

The tribunal said proceedings were first instituted against Makhanya at least seven years ago but have seen substantial delays, even up to earlier this year.

“The matter was first enrolled in the Pietermaritzburg High Court in September 2014 and transferred to the Special Tribunal by agreement of the parties.”

“The hearing was initially scheduled for July but was postponed to end of September after Mr Makhanya told the Special Tribunal… that he did not have funds to cover the trial costs.”

“He had applied to the Legal Aid Board for legal assistance, which was declined,” the tribunal said.

The trial will be heard by the Special Tribunal sitting in the KwaZulu-Natal High Court in Pietermaritzburg from 27 September 2021 until 1 October 2021. Judge Kate Pillay is presiding.

The first witness on the stand is the SIU’s chief forensic investigator.

Three more witnesses are expected to testify for the SIU including an architect, quantity surveyor and forensic investigator.