The information available at this stage is not sufficient to conclude the body may be that of the councillor candidate, say police. 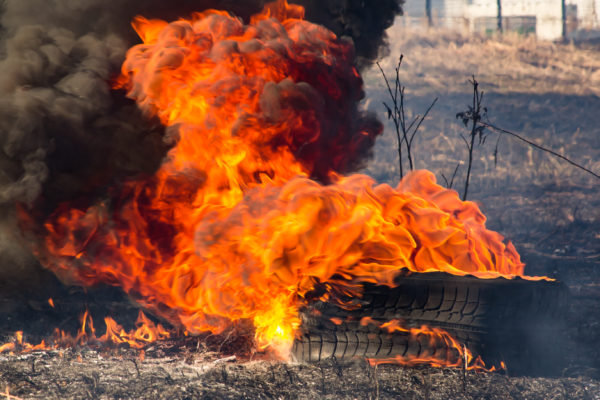 While police have not gathered enough details after charred human remains were found in a burnt vehicle on the R66 between Nongoma and Pongola, there has been confirmation that a National Freedom Party (NFP) councillor candidate who was the ‘last’ person to use the car was still missing.

Police spokesperson Vish Naidoo said the police were appealing to anyone with any information that could assist in the investigation to come forward.

“At approximately 21:55 last night (Monday), Magudu police received a complaint of a motor vehicle on fire on the R66… Police had discovered a badly burnt human body inside the vehicle,” reads the police statement.

“Ownership of the vehicle has been confirmed and the owner had stated that the vehicle was being used by her missing brother, a NFP councillor candidate.

“However, this information is not sufficient to conclude at this stage that the body may be that of the councillor candidate.

“The purpose of the inquest is to determine the circumstances and the cause of death of the person found inside the vehicle.”

Naidoo said that the police had not yet opened a case for a missing person.

Political killings on the rise

Last week on Thursday, an ANC member was murdered in KwaZulu-Natal in a suspected assassination.

The ANC in the province on Friday confirmed the deceased as its former deputy chairperson and member of the provincial legislature, Zibuse Mlaba.

He was killed in a hail of bullets on Thursday morning while opening his office in Cato Ridge, west of Durban.

In September, three ANC members were gunned down during a drive-by shooting in Inanda, north of Durban.

This was after a community meeting to vote for their ward candidate ahead of the local government elections. Four people, aged between 41 and 70 years old, were also wounded during the shootout.

Last Friday, ANC councillor candidate Siyabonga Mkhize was shot dead during a door-to-door campaign in Cato Crest in Durban. Another person also died in the shooting, while two others were left wounded.

These murders were followed by the killing of an aspiring EFF ward councillor candidate in Pietermaritzburg on Sunday.

Soldiers could be deployed on election day

On Wednesday when Police Minister Bheki Cele visited the Shangase family, he revealed that the members of the South African National Defence Force (SANDF) could be deployed on voting day in light of the recent political killings.

What we know for now is there will be almost 23,000 voting stations in the country.

“All of them have been profiled in a way that there are those among them which are low-, medium- and high-risk level. So the police are planning around that,” he said.

“[I] have already written a letter to the minister of defence so that the president give us permission of working with the SANDF.

“But the SANDF will not go to the voting stations as it will deal with other installments like [monitoring] government infrastructure which will help to release the police to focus on the work around the elections,” Cele added.

Ramaphosa to face tough questions on Eskom, municipalities, green energy in Parly
20 hours ago
20 hours ago

Ramaphosa to face tough questions on Eskom, municipalities, green energy in Parly
20 hours ago
20 hours ago