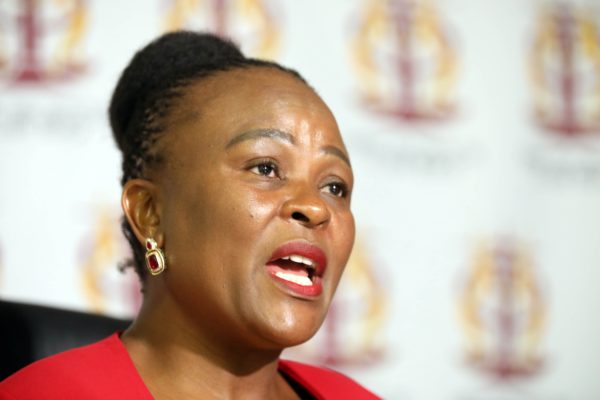 Mkhwebane pulls out of chief-justice race

Public Protector Busisiwe Mkhwebane has withdrawn her candidacy for the chief justice position, the Presidency confirmed on Friday.

This comes after the panel that helmed the selection process of the next chief justice submitted its report to President Cyril Ramaphosa.

The panel was expected to make a shortlist of three to five candidates.

The Presidency earlier this month released the names of the candidates who met the criteria to be considered for the top post after Ramaphosa invited the public to submit their nominations to replace former chief justice Mogoeng Mogoeng, whose term came to an end on 11 October.

Cast your vote and get your vaccine in one day

While South African citizens make their way to cast their ballot for the 2021 local government elections on Monday, they can also get their Covid-19 vaccine.

This was announced by Health Minister Joe Phaahla during the department’s weekly Covid-19 media briefing. He said this was in a bid to use every opportunity to offer vaccinations.

The partnership is in association with the Independent Electoral Commission (IEC).

Cosatu President Zingiswa Losi has been rushed to hospital after she was involved in a car accident.

Cosatu confirmed the news in a statement and said she got into an accident while on her way to the African National Congress (ANC) Siyanqoba rally in Soweto on Friday evening.

“Cosatu can confirm that President Zingiswa Losi was involved in a car accident on her way to the ANC Siyanqoba Rally in Soweto. She did not sustain any major injuries but she has gone to hospital for standard medical checkups. We wish her a speedy recovery,” it said.

Data leaked from Experian last year is still around in what appears to be a continuation of the data breach at the consumer, business and credit data company in August 2020.

Now the personal information of some of the people was shared on messaging application Telegram on Sunday, according to theInformation Regulator.

A whistleblower alerted theInformation Regulator that the database with the personal information of some of data subjects was downloaded more than a hundred times before Telegram removed the page with the link to the database.

‘Tembisa 10’: Survé’s ‘gynae’ outed as a fraud by medical body

Another twist in the so-called “Tembisa 10” saga has emerged that the doctor who claimed to have examined the mother of the yet-to-be-seen decuplets, Gosiame Sithole, is not a gynaecologist nor a obstetrician.

On Wednesday, Independent Media Group’s boss Iqbal Survé held a media briefing alongside Dr Mpho Pooe, where he revealed that an internal investigation had confirmed that the 10 babies were born.

Survé said two had died and the other eight were “trafficked” through a syndicate that allegedly involves government and a number of hospitals.

During the briefing, Pooe, who claimed to have examined Sithole, was introduced as a gynaecologist and obstetrician.

It said the story was a “clear case of a gross lapse of ethical journalism” and it had damaged the journalism profession at a time when Sanef was trying to rebuild trust with the public.

“The cardinal principle in journalism is to get the facts right the first time by ensuring that all the information is corroborated by more than one source. When the information cannot be corroborated, we owe it to our audiences to be transparent and inform them accordingly,” said Sanef.

Georgina is pregnant and Cristiano Ronaldo is expecting twins, again

International football star Cristiano Ronaldo will be adding more future football players to his family lineage soon and his fans are buzzing with excitement.

The star took to social media to announce to his 360 million followers that he and his partner, Georgina Rodriguez, are expecting twins.