The researchers speculate that other members of the species may have used the site for ritual burials. Paleoanthropologist Professor Lee Berger holds a replica of the skull of "NEO" a skeleton fossil findings of the Homo Naledi Hominin species at the cradle of Human Kind in Maropeng near Johannesburg on 9 May 9 2017. Photo: GULSHAN KHAN / AFP

Fossils found deep in a South African cave formed part of a hominid child’s skull, apparently left on an alcove by fellow members of her species 250,000 years ago, scientists said on Thursday.

The latest find adds to the riddle surrounding Homo naledi – a species of Stone Age hominids discovered less than a decade ago in a region called the Cradle of Humankind, named after the stunning fossils unearthed there.

“The real mystery about this child is why she found where she was,” said Lee Berger, the scientist who led the project.

Although the researchers refer to the child as “her”, they have not yet determined whether it was a boy or girl.

Researchers rarely find fossilised remains of children, because their bones are too thin and fragile to survive over aeons.

The child was probably only four to six years old when it died, with baby teeth intact and adult teeth starting to emerge.

Nearly 2,000 fossils have been found in the caves, which scientists have pieced together into partial skeletons of more than two dozen individuals.

The initial discovery revealed in 2015 helped complicate our understanding of human evolution, by showing that Homo sapiens probably lived alongside other species of hominin – the name for hominids that include anatomically modern man.

The newly found 28 skull fragments and six teeth were found even deeper in the cave complex, 12 metres away from the main find, through tiny crevices that required the explorers to literally squeeze between the rocky walls.

One section of the passage required explorers lie flat and pull themselves through with their hands stretched out ahead in a “Superman crawl”, and then climb over a ridge dubbed the Dragon’s Back, caver Mathabela Tsikoane told AFP.

“For a person that doesn’t cave, it’s very, very difficult,” he said. “You have to literally push yourself through.”

Because of its distance from the other finds, the investigators nicknamed the child Leti, after a seTswana word “letimela” meaning “the lost one.”

But for Homo naledi, the journey into the cave might have been much easier, as they were smaller than modern humans.

Their bodies also appeared well adapted to climbing, said Tebego Makhubela, one of the scientists on the project.

These remains are the first of a child. No other bones were found, and the skull showed no signs of damage – as from a carnivore’s attack.

Declared a UNESCO World Heritage Site in 1999, the self-proclaimed Cradle of Humankind consists of a complex of limestone caves about 50 kilometres northwest of Johannesburg. The latest find was made about 30 metres below ground.

The researchers speculate that other members of the species may have set the skull there, for reasons that could be linked to rituals around the dead, Berger said.

He has proposed such a line of thinking for explaining the entire Homo naledi site, as a site for ritual burials.

If further evidence supports that theory, it would mark a dramatic rethinking about the human odyssey.

Until now, the earliest known hominid rituals associated with death date back to 50,000-100,000 years ago.

But the latest find could push evidence for this behaviour – a token of grief and possibly belief – back to a quarter of a million years ago.

The discovery was published in two papers in the journal PaleoAnthropology, with 21 researchers from the University of the Witwatersrand and 13 other institutions around the world. 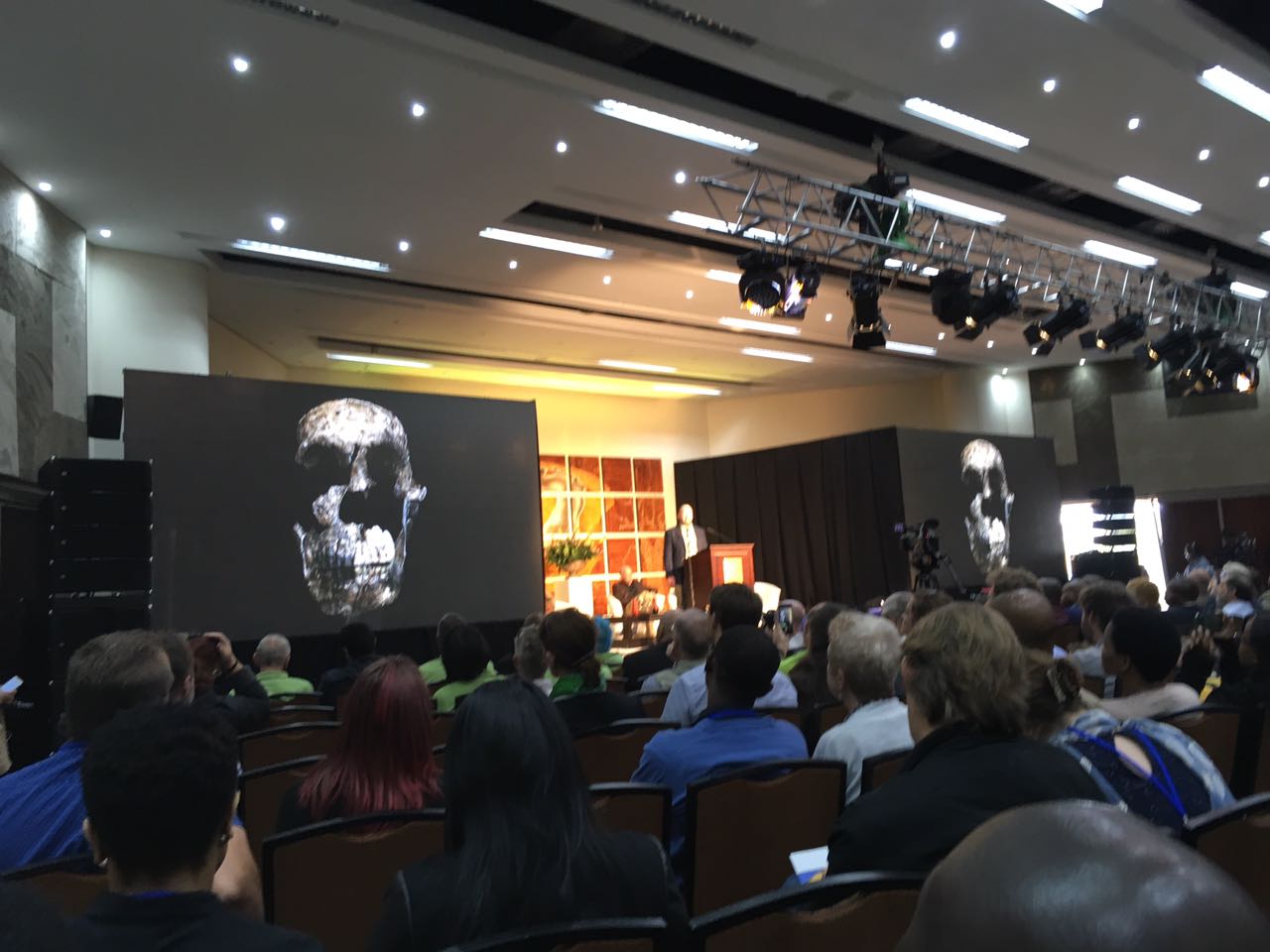