Koeberg's ageing infrastructure has generated significant public interest as Eskom battles to keep the lights on. 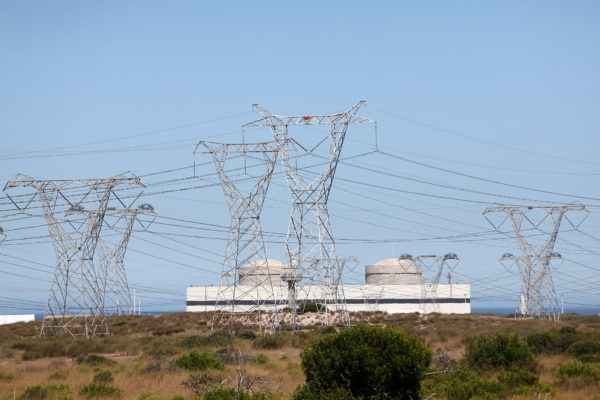 The Koeberg nuclear power station. Eskom head of generation Phillip Dukashe said the power utility has to choose between making resources available for diesel for emergency generation or maintenance of plants. Photo for illustration: iStock

The plan to rectify the leak will take two to three weeks to finalise.

“The NNR conducted its initial inspection of the occurrence and can confirm that the airborne contamination in the Koeberg Security Central Alarm Station did not come from the nuclear power plant,” spokesperson Gino Moonsamy.

The NNR said Eskom informed them of an “occurrence during routine periodic testing of the ventilation system for the Koeberg Security Central Alarm Station on 28 October”.

Routine testing was conducted using the radioactive isotope I-131 as a tracer to represent the type of contaminant that needs to be filtered should a nuclear accident occur at the Koeberg Nuclear Power Station.

The contamination has been contained to the power station’s security alarm station situation in a bunker. The area has been cordoned off and the plant is running on back-up security systems.

“The NNR oversight is ongoing and is in the process of following up on corrective actions being implemented by Eskom to prevent such occurrences in the future,” said Moonsamy.

“It’s important to note this is not a nuclear accident; regular testing happens on an ongoing basis at the power plant,” added Moonsamy.

“The NNR inspection data shows there are no health and safety concerns to public or workers as a result of this occurrence,” said NNR regulatory programme manager Peter Bester.

Koeberg’s ageing infrastructure has generated significant public interest as Eskom battles to keep the lights on.

“This is why we decided that we will share the developments with the public when occurrences happen,” said Moonsamy.

South Africa currently only has one nuclear power plant, and the Department of Mineral Resources and Energy has its sights set on including nuclear in the country’s energy mix.

In August, public hearings for Eskom’s application for a nuclear-site licence in Thyspunt in the Eastern Cape took place, with another round of hearing scheduled for 23 November.