This year's MTBPS comes under the cloud of rising petrol and food prices, which have made the cost of living for most South Africans unbearable. 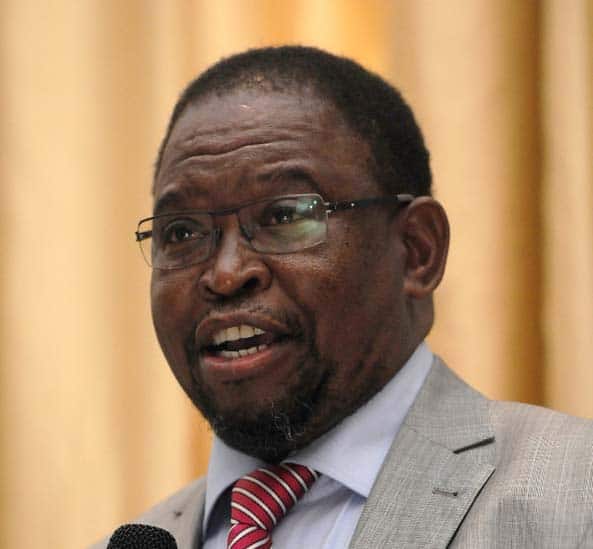 With Finance Minister Enoch Godongwana due to table his maiden Medium-Term Budget Policy Statement (MTBPS) on Thursday in Parliament, pressure is mounting on government to address the country’s sluggish economic growth through structural reforms, amid growing calls to implement a basic income grant (BIG) for millions of jobless South Africans.

The MTBPS, which is usually tabled on the last Wednesday of October every year, sets out the policy framework for the Budget Speech that is presented every year in February.

The mini-budget also updates National Treasury’s economic forecasts for the country, adjusts the budgets of government departments and makes emergency changes to spending.

This year’s MTBPS comes under the spectre of rising petrol and food prices, which have made the cost of living for most South Africans unbearable.

There is also Eskom’s energy crisis, with load shedding occurring at a time when the economy is recovering from Covid-related lockdowns that have stymied SA’s growth prospects.

Added to that, budget cuts have affected many government departments, and the July riots that rocked parts of KwaZulu-Natal and Gauteng have increased the need for more state relief measures to support struggling businesses.

Here are the six talking points to look out for in the MTBPS at 2pm:

With South Africa’s stubbornly high unemployment rate being among the highest in the world at 34.4%, calls are growing louder from civil society organisations for government to implement a permanent basic income grant (BIG) that will address the country’s shocking levels of joblessness, inequality and poverty.

Since the Covid-19 pandemic arrived on our shores last year, government introduced the Social Relief of Distress (SRD) grant, also known as the R350 grant, to support millions of citizens struggling to make ends meet after losing their jobs and livelihoods.

The grant was expected to end earlier this year but after an uproar from many quarters of society, government extended it until March 2022.

Many observers and organisations will be expecting government to make pronouncements on the introduction of the BIG and whether it will be increased above the food poverty line.

Despite government putting together a R500 billion stimulus package in 2020 due to the pandemic, unions – including Cosatu – are calling for another mass stimulus package to be injected into the economy to create more jobs and support struggling small businesses and workers.

South Africans has been bedevilled by rolling power cuts over the last few weeks, and economists and ratings agencies will be looking to the MTBPS for assurances on how government intends to support Eskom and the many challenges facing other state-owned enterprises like Denel and Transnet.

The MTBPS is expected to give more insight into government’s drive to create job opportunities in the public sector, particularly for young people who constitute over 40% of South Africa’s unemployed citizens, according to official figures from Statistics South Africa.

Unions and civil society organisations are calling on government to increase funding for the Presidential Employment Stimulus Programme (PESP).

The PESP was implemented last year at the height of the pandemic and is geared towards employment creation through job opportunities and the retention of workers.

The Tabling of an Amendment Bill to allow workers to withdraw a portion of their retirement savings for their pension funds might also be addressed in the MTBPS.

As things stand, the Pension Fund Act only permits workers to get access to their pension fund savings only when they retire, resign from their jobs or when they are laid off. Unions want this to be changed in light of the pandemic and the state of South Africa’s economy.

The crippling budget cuts that were introduced by former finance minister Tito Mboweni have been heavily criticised by unions and many government departments and institutions. Many will be looking to the MTBPS to see whether they will be reversed.

Cosatu said this week that the austerity-focused Budget Speech that was delivered in February had “spectacularly failed”. The trade union federation has called for the reversal of the budget cuts to key economic government departments and public services.

Cosatu has argued that the austerity measures threaten economic growth and undermine service delivery, especially for the Commission for Conciliation, Mediation and Arbitration (CCMA), which has seen a flood of workers seeking protection during the Covid pandemic.