De Klerk qualifies for a state funeral, but he doesn’t deserve one, says Thembi Nkadimeng

'Deserving something you earn it out of the goodness and the good spirit of what you have shared with others.' 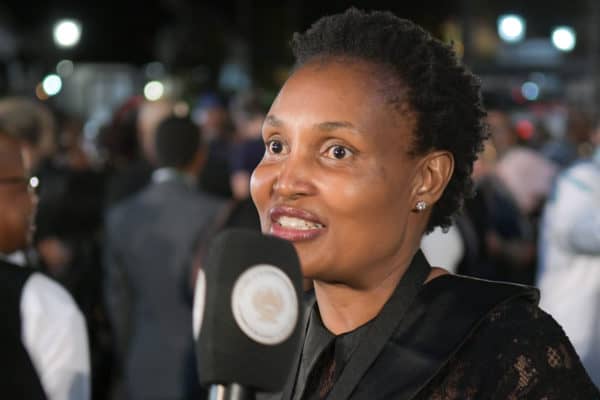 Former deputy president and the last leader of apartheid South Africa, FW de Klerk, qualifies for an official state funeral. But this doesn’t mean he deserves to be accorded with such a funeral at taxpayers’ expense.

That’s the view of the Deputy Minister of Cooperative Governance and Traditional Affairs, Thembi Nkadimeng, who’s sister, Nokuthula Simelane, was abducted in September 1983 by the special branch of the apartheid police.

Nkadimeng says De Klerk’s death this week has reignited old wounds for her and her family after spending nearly four decades searching for answers about Nokuthula’s disappearance, who was a former Umkhonto we Sizwe operative and anti-apartheid activist.

“To those who think he [De Klerk] deserves a state funeral, to me he doesn’t deserve it, he qualifies for it.

“If he gets it it will be by qualification but he doesn’t deserve it. Deserving something you earn it out of the goodness and the good spirit of what you have shared with others,” Nkadimeng said in an interview with Newzroom Afrika on Friday evening.

There have been mixed reactions from South Africans on whether De Klerk should be accorded with a state funeral after his death on Thursday at the age of 85 after battling mesothelioma cancer.

Although President Cyril Ramaphosa sent his condolences to De Klerk’s family, the Presidency didn’t mention whether the former deputy president, who served under the government of national unity in the late 1990s, would be given a State Funeral Category 2 for meant for former government leaders.

Instead, De Klerk’s foundation said it would share the details regarding his funeral arrangements in due course.

Nkadimeng said she believes that De Klerk has not fully accounted to the nation at the Truth and Reconciliation Commission (TRC) about the injustices and atrocities committed by the apartheid regime.

She said many victims of apartheid who had their loved ones killed, and those who disappeared under mysterious circumstances, are still searching for answers that De Klerk has taken to the grave with him.

“Death is never a moment to celebrate, that will be less human. But also in the same vein, that calls on us not to be revisionist of history and try to conform to the model of humanity.

“I think to me and my family, he goes down as one of the apartheid denialists,” Nkadimeng said.

“He could have taken an opportunity for over 30 years to meet the families of apartheid victims and share crucial information with them so that as families could find closure, and some can even say to their loved ones ‘rest in peace’.”

While she said she accepted De Klerk’s apology for the misery caused by apartheid in a video message from beyond the grave, Nkadimeng said this did not mean that De Klerk has taken full responsibility for apartheid, and that it was a crime against humanity.

“Even in the video he still calls it separate development, but it was apartheid and it was brutal. It was bad, it maimed, tortured and killed many South Africans. It displaced so many Africans who are still displaced even today.

“It actually makes me angry, it’s better he did not apologise than the easy scapegoat that he did at the door of his grave,” she said.