Chaotic booking system for renewal of expired licences a nightmare 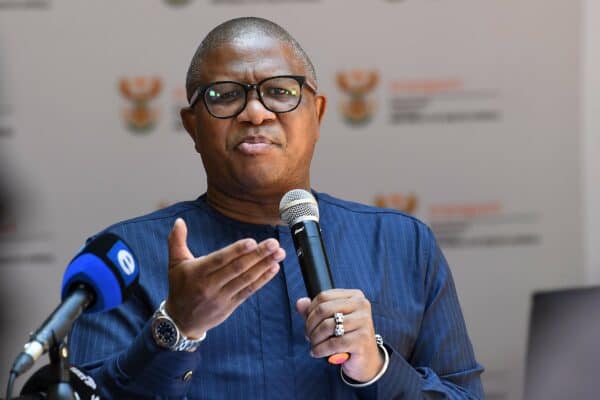 With only a week to go until the final driver’s licence extension expires, frustrated motorists say the “chaos” surrounding renewals has left them in limbo as Transport Minister Fikile Mbalula cancelled yet another briefing on the backlog.

Mbalula was expected to address the media on Sunday, which was postponed until yesterday – which was also cancelled.

According to Sandton resident Mike Skosana, although the grace period was supposed to give motorists one last chance to renew their driver’s licence cards, learner’s licences and temporary driving licences, the process was causing more harm than good.

“This is just chaos, it’s a mess. Luckily, I finally managed to get an appointment in the distant future, after being ejected from the platform three times trying to make a booking,” he said.

“They are not willing to hear us out and this will force many to drive vehicles with an expired driver’s licence card and run the risk getting a ticket.”

Alexandra resident Nompumelelo Ntshangase said her licence had expired in April 2021. The online system and the Sandton Licensing and Testing Department had been giving her an error. “I have been booted out of the system multiple times. I’m planning to go to Tembisa and I hope they can assist because… wow,” she added in disappointment.

Ntshangase said the new system had made it difficult to book driver’s licence renewal appointments through the online portal eNatis.

“This is frustrating, I have been trying for months now to get a slot with no luck. I am not even sure how this will affect my insurance, should I be in an accident before I renew it,” she said.

“This is not our fault, we didn’t ask for our licences to expire. Their system is faulty and they know it, so unless they fix it, we are doomed. We’ll pay bribes until the end of time.”

Meanwhile, the Organisation Undoing Tax Abuse’s Wayne Duvenage urged the minister to either announce another extension or make a decision on the 10-year licence period, which would help deal with the current backlog.

Coal Transporters Forum spokesperson Mary Phadi said the system was a problem, introduced in the midst of a problem.

“The department introduced a system [to be] used by the public and claimed it was fully functional but clearly it has not been operational,” she said.

“As the trucking industry, we are not seeing results. They still have a backlog from Covid and that backlog cannot be solved in a year. They need to go back to what works in order to reduce the backlog.”