Thando Shuba was handcuffed in connection with the fatal shooting of two women and four men in March at the Enkanini informal settlement in Khayelitsha. 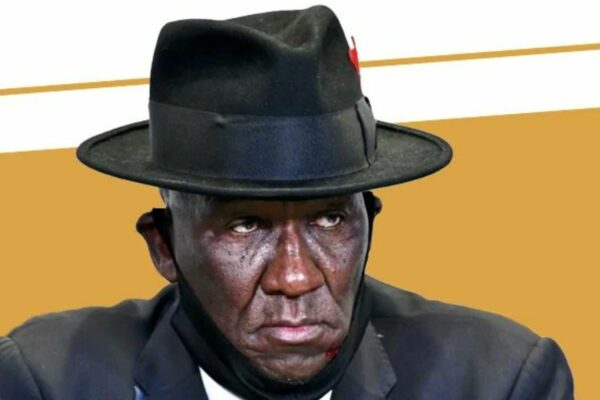 Police Minister Bheki Cele has slammed the courts for granting bail to a suspect facing charges for a mass shooting in Khayelitsha in Cape Town.

Thando Shuba, who is charged with six counts of murder, was released on R800 bail by the Khayelitsha Magistrates Court.

His case was remanded until July.

Shuba was handcuffed in connection with the fatal shooting of two women and four men in March at the Enkanini informal settlement in Khayelitsha.

Cele visited the area on Tuesday and said it is very frustrating that Shuba was granted bail.

“This guy has been getting bail and it’s the fifth bail. He’s got bail for attempted murder, illegal possession of a firearm, robbery and you get R800 bail for mass murder.

“It’s unfortunate that all the people you see here and all who come to the police, those magistrates and those prosecutors, they don’t face the community, that’s a problem.”

At the same time, a former police officer accused of killing a constable and two patients at a Cape Town hospital appeared in the Cape Town Magistrates Court on Tuesday.

Jean-Paul Malgas – who was a patient at New Somerset Hospital in Green Point – is accused of disarming a constable guarding another patient.

Malgas then allegedly shot and killed the constable and two other patients on Saturday night.

Meanwhile, Advocate Malesela Teffo, the lawyer arrested in court during the Senzo Meyiwa murder trial, is considering suing Cele and the police.

“What concerns us is the manner, the place, the timing and the way in which advocate Teffo was arrested.”

“He was not supposed to be arrested inside the courtroom; that’s a contempt of court and it deserves a lawsuit that Mr Teffo must institute against the minister of police,” said Teffo’s attorney, Tshepo Timothy Thobane, in a report by News24.

Teffo is the defence advocate representing four of the suspects accused of murdering former Bafana Bafana captain Senzo Meyiwa in 2014.

ALSO READ: WATCH: VW Polo drivers say they’re not the only ones who are reckless on the roads