NPA decides against prosecuting Billy Downer, but Zuma given lifeline

The former president has been issued with a nolle prosequi certificate to pursue private prosecution. 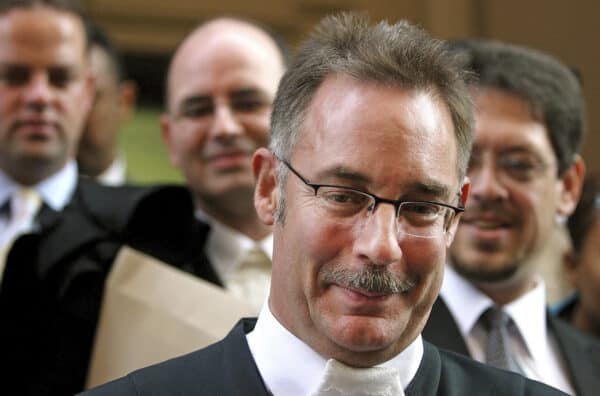 Zuma has been issued with a nolle prosequi certificate – which allows someone with interest to pursue private prosecution – by the Director of Public Prosecutions (DPP) in Kwazulu-Natal (KZN).

The certificate comes after the NPA declined Zuma’s request to prosecute Downer, citing lack of evidence on the matter.

NPA spokesperson Mthunzi Mhaga said on Tuesday that the prosecuting unit was of the view that the charges laid against Downer were “baseless and cannot be sustained, hence her decision not to prosecute him”.

“Mr Zuma has the right to pursue a private prosecution and due process should be followed. Advocate Downer will of course defend himself in terms of the various legal remedies available to him.

“The NPA will support Advocate Downer in defending himself against what we consider to be an abusive private prosecution,” Mhaga said.

The trial had been deferred to 1 August for the SCA’s decision on the former president’s application.

The matter will now resume at the the Pietermaritzburg High Court on 15 August.

Zuma had petitioned to the SCA after Judge Piet Koen in February dismissed his application for leave to appeal.

The former president saw his special plea to have Downer removed from the trial dismissed last October.

At the time, Zuma also laid a criminal complaint against Downer at the Pietermaritzburg Police Station for allegedly leaking his confidential medical records to the media, which the NPA denied.

Now that the NPA has declined to prosecute Downer after consideration of the charges, the prosecuting unit says it is ready for the trial against Zuma and French arms dealer, Thales, to resume.

“As the NPA progresses with prosecutions of corruption and other serious economic crimes, particularly against the rich and the powerful, we expect that there will be attacks against NPA staff, in an attempt to evade justice.

“We will not be deterred by such attacks. Advocate Downer remains focussed in ensuring that the trial against Mr Zuma and Thales resumes on 15 August,” Mhaga further said on Tuesday.

The NPA has repeatedly accused Zuma of regurgitating old falsehoods in an attempt to delay the start of his corruption trial.

Zuma faces multiple charges of fraud and corruption, alongside Thales, over the controversial multi-billion rand arms deal struck back when he was KZN MEC for economic development, in the 1990s.

The former president and Thales pleaded not guilty to charges in May 2021.

He previously demanded for acquittal in terms of section 106(1)(h) Criminal Procedure Act.