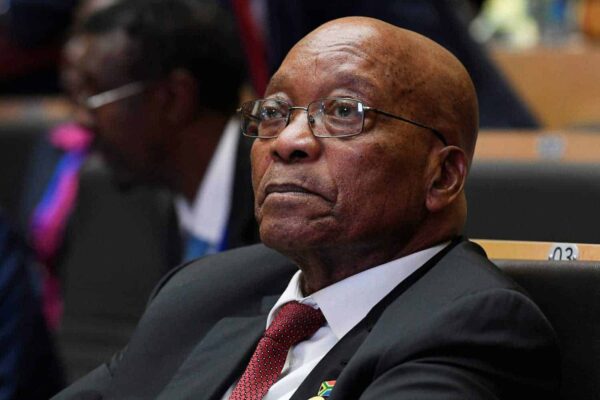 Former president Jacob Zuma is not giving up his fight for the National Prosecuting Authority’s (NPA) lead prosecutor in his arms deal corruption trial, advocate Bill Downer, to be removed from the case.

The Jacob Zuma Foundation on Wednesday called on NPA head Shamila Batohi to do “the right thing” and remove Downer from the corruption trial, before the former president’s case resumes at the Pietermaritzburg High Court in August.

The NPA declined to prosecute Downer due to insufficient evidence after Zuma lodged a criminal complaint against the prosecutor in October last year, accusing him of allegedly leaking his confidential medical records to the media.

The complaint was laid at the Pietermaritzburg police station in terms of section 41 (6), read with section 41 (7), of the NPA Act.

The legislation bars prosecutors from disclosing to any other person any information which came to their knowledge in the performance of their functions unless they are authorised to do so by the head of the NPA.

Prosecutors who contravene the NPA Act can be given a fine or jailed for a period not exceeding 15 years or get both a fine and imprisonment.

With Zuma’s legal team having three months to pursue the private prosecution of Downer, his foundation’s spokesperson Mzwanele Manyi said their prosecution proceedings would be instituted before 6 September 2022 when the certificate expires.

“The private prosecution has to be instituted within three months of the date of the certificate. That period expires on 6 September 2022.

“We wish to assure the public that the prosecution will be instituted long before that date as the legal team had already started all the preparatory work.

“The draft charge sheet is ready. We look forward to seeing Mr Downer and his two accomplices in the dock and facing the music for their alleged criminal conduct,” Manyi said in a statement.

In the meantime, Manyi said they wanted Batohi to recuse Downer from Zuma’s corruption trial because he would soon be “accused number one” in their private prosecution case.

This is despite the Pietermaritzburg High Court and the Supreme Court of Appeal (SCA) ruling against Zuma’s special plea application to have Downer removed from the trial, after the former president accused the senior prosecutor of bias and lacking the title to prosecute the case.

Manyi said Downer’s removal from the arms deal trial would ensure that “the matter may finally get underway without avoidable delays” when the case resumes on 15 August in Pietermaritzburg.

Manyi also questioned the delays by the NPA to issue Zuma with the private prosecution certificate, saying the timing was “malicious” because the decision not to prosecute Downer had already been taken on 5 April 2022.

“The malicious timing of the decision not to prosecute a matter which was reported to the Pietermaritzburg Police Station in October 2021 was the first sign of shenanigans by the NPA aimed at creating an artificial innocence of Downer just before the commencement of the court proceedings.

“It remains a mystery why the NPA took more than two months to furnish Zuma with the one sentence certificate after several demands and threats of litigation to compel advocate Batohi to produce this certificate.”

Manyi said the delays by the NPA were an example of the “abuse of office and state resources” by Batohi.

“She knew that in terms of the law, Zuma could not embark on the long announced private prosecution of Downer without the certificate.

“We hope that the unnecessary delays were not an early indication of a planned NPA Stalingrad approach to these serious criminal charges which will again be blamed on Zuma.”

NPA in ‘full support’ of Downer

Meanwhile, the NPA on Tuesday said it agreed with the Director of Public Prosecutions in KZN not to prosecute Downer because Zuma’s criminal complaint was “baseless and cannot be sustained”.

NPA spokesperson Mthunzi Mhaga said Downer had the organisation’s full support and would continue to lead the prosecution team against Zuma and French arms company Thales.

“Zuma has the right to pursue a private prosecution, and due process should be followed. Downer will, of course, defend himself in terms of the various legal remedies available to him.

“The NPA will support Downer in defending himself against what we consider an abusive private prosecution,” said Mhaga.