The president's request for an extension was denied by Acting Public Protector, Kholeka Gcaleka. 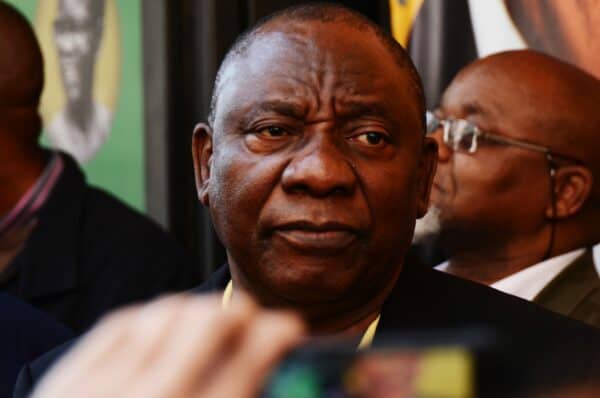 President Cyril Ramaphosa will be subpoenaed to answer the 31 questions sent to him by the Public Protector’s office regarding the Phala Phala farm theft scandal.

Ramaphosa failed to met the 18 July deadline to respond to the allegations against him after having asked the public protector for an extension until 22 July instead.

The president’s request, however, was denied by Acting Public Protector, Kholeka Gcaleka.

Gcaleka will, therefore, invoke her office’s subpoena powers against Ramaphosa “in line with section 7(4) (a) of the Public Protector Act 23 of 1994, read with section 5 thereof”.

According to the Public Protector Act, Gcaleka may direct anyone to submit an affidavit, appear before her to give evidence or provide any document for the purpose of conducting an investigation.

‘Integrity of the investigation’

The Public Protector’s office is investigating whether Ramaphosa violated the Executive Members’ Ethics Code by not reporting the $4 million theft on the president’s farm in Limpopo to the police after a complaint was lodged by the African Transformational Movement (ATM) last month.

The investigation was confirmed by Busisiwe Mkhwebane a day before her suspension and had been expected to be completed in 30 days.

Meanwhile, the Public Protector’s office further said its investigation remains ongoing, adding that “other investigative tools and methods are being employed to establish the veracity of the allegations that gave rise to the investigation”.

“No further public comments pertaining the matter will be made in an effort to protect the integrity of the investigation.

“This is because investigating such matters in the glare of the public carries with it the risk of jeopardising investigations,” the office said.

The Public Protector’s office, on 7 June, sent a list of questions to Police Commissioner, Fannie Masemola, asking him to provide a detailed statement explaining whether the February 2020 theft had been reported to the police.

Masemola was reportedly asked to also ensure that Presidential Protection Unit head, Wally Rhoode, provide an affidavit over his alleged role in the crime.

When former State Security Agency (SSA) director-general Arthur Fraser laid criminal charges against Ramaphosa, he alleged that, among other things, Rhoode was involved in the alleged cover-up of the theft.

The Namibian Police Force (Nampol) revealed that they met with the South African police at “no man’s land” on 19 June 2020 following the arrest of one of the suspects connected to the theft.

The meeting had resolved that Nampol and Saps would investigate the matter within their jurisdiction.

The top brass in the Saps’ Crime Intelligence Division were tasked with tracing the stolen money and the suspects behind the theft, according to reports.