‘Saga has been dragging on’: Ramaphosa urged to ‘act swiftly’ and suspend Hlophe

Meanwhile, the ATM says the president is not compelled to suspend the judge. 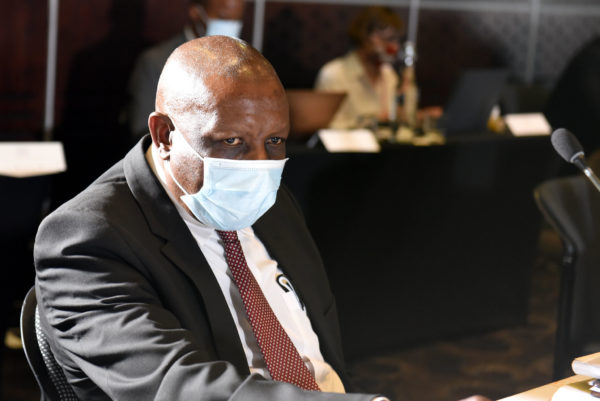 The JSC convened a meeting on Monday and resolved to advise Ramaphosa to suspend Hlophe after the judge’s unsuccessful review application to have the commission’s gross misconduct findings against him set aside.

Some parties have since welcomed the JSC’s recommendation – including Western Cape Premier Alan Winde.

In a statement, Winde said he supported Hlophe’s suspension “given the serious nature of the finding of gross misconduct” against the the judge.

“This offence is very serious and given how long this saga has been dragging on, I believe it must now be concluded,” he said on Tuesday.

The premier further said he hoped the president would act without delay in suspending Hlophe.

“It is an important move to protect the integrity of the judiciary, particularly the Western Cape High Court, which has been under severe stress in recent times.

“Although the decision to confirm the suspension ultimately rests with President Ramaphosa, we see no reason for him to delay the suspension and expect him to act soon,” Judges Matter researcher, Mbekezeli Benjamin told EWN.

FUL has been pressing for Hlophe to be suspended, with the non-profit organisation (NPO) having threatened legal action against the JSC if the commission had not dealt with Hlophe’s suspension issue by 15 July.

However, the organisation did not go ahead with the litigation after learning that the JSC would met to discuss the matter.

Last year, FUL had been allowed to join Hlophe’s review application alongside six other parties.

The application was subsequently dismissed in May this year by the Johannesburg High Court, but Hlophe’s lawyer Barnabas Xulu has indicated that the ruling will be appealed.

Meanwhile, the African Transformational Movement (ATM) criticised the JSC’s recommendation, saying the decision appeared to be “a blatant display of judicial capture”.

The ATM argued that Ramaphosa is cannot suspend Hlophe yet because of the judge’s pending appeal application.

The party also said Ramaphosa was not compelled to suspend the judge, because the relevant section in the Constitution does not say “must”, it says “may”.

“Any decision to entertain the recommendation of the JSC should be deemed [as] interference by the executive on judicial processes,” the party said in a statement on Tuesday.

This matter stems from the JSC’s August 2021 findings.