Following a negotiated settlement with government, the Fair Trade Independent Tobacco Association has decided it will no longer pursue its appeal, but government must consult stakeholders before future bans. 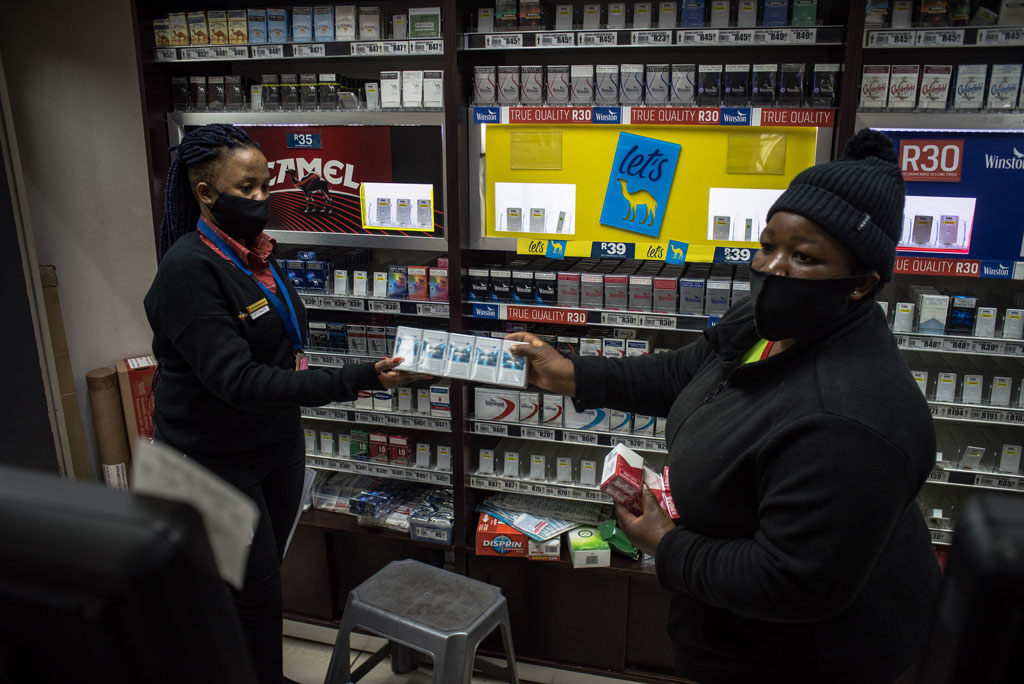 Spar employees can be seen selling cigarettes at a Spar in Centurion after the ban on tobacco products has been lifted, 18 August 2020, Pretoria. Picture: Jacques Nelles

The Fair-Trade Independent Tobacco Association (Fita) has dropped its case against government over the tobacco sales ban.

This follows the lifting of the ban earlier this month. In a statement on Wednesday, Fita chair Sinenhlanhla Mnguni said over the course of the last week the association’s legal team had been engaging in settlement negotiations with the Office of the State Attorney, “with a view to settling the issues still in dispute in respect of our ongoing court challenge”.

“We can now confirm that the parties have agreed to settle,” Mnguni said.

Fita in May approached the High Court in Pretoria with an urgent application against Cooperative Governance and Traditional Affairs Minister Nkosazana Dlamini-Zuma, for the ban – which had at that stage been in place for two months – to be lifted.

The case came before a full bench of the court in June but ended up being dismissed. A subsequent application for leave to appeal to the Supreme Court of Appeal (SCA) was also dismissed, prompting Fita to approach the appellate court directly.

That bid, however, has now fallen away.

In terms of the settlement reached this week, Mnguni said, Cooperative Governance and Traditional Affairs Minister Nkosazana Dlamini-Zuma had agreed to follow a public participation process before reinstating the ban – if at all – in future.

“Any invitation to or announcement of a consultation process will be issued publicly. Fita and any other interested parties would then be free to participate in that process,” Mnguni explained

“Any future decision regarding the prohibition of the sale of tobacco and related products, if any, shall be taken in accordance with the law and the requirements of legality.”

The parties have agreed to pay their own costs – both in the high court, where Fita was originally slapped with a costs order, and in the SCA.

Cogta spokesperson Lungi Mtshali on Wednesday afternoon, however, denied the two had settled.

Mtshali said while the department had agreed to pay its own costs if Fita withdrew, that no official notice had been received yet.