Earlier this month, ActionSA's Herman Mashaba announced his party would lodge a lawsuit against Ramaphosa, Police Minister Bheki Cele and members of the security cluster for the deadly unrest. 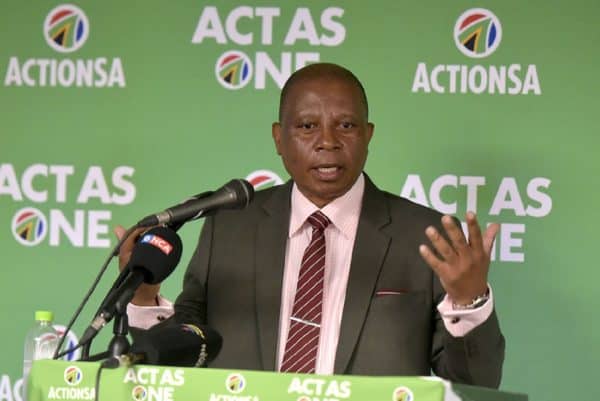 ActionSA leader Herman Mashaba has announced his party will write to President Cyril Ramaphosa requesting that he establish a commission of inquiry, within 60 days, into the civil unrest that rocked Gauteng and KwaZulu-Natal two weeks ago.

Mashaba said they would ask Ramaphosa to instruct acting chief justice Raymond Zondo to compile a list of three judges, from which one would be appointed to chair the inquiry.

“In the likelihood that president Ramaphosa does not take these steps within 60 days, ActionSA will be laying a complaint before the Office of the Public Protector to ensure that he is compelled to do so,” he said.

Mashaba was speaking during a virtual press conference on Tuesday morning.

ActionSA also called on the president to fire ministers serving in the security cluster who include Police Minister Bheki Cele, Defence Minister Nosiviwe Mapisa-Nqakula and State Security Minister Ayanda Dlodlo. The party said the ministers failed to execute their duties and Ramaphosa should not “recycle” them elsewhere in government.

Mashaba said the riots that claimed the lives of more than 300 people were an act of high treason.

“Those who witnessed the unrest have spoken of an advanced communication network which directed people to particular locations and how it resembled a planned approach to target key economic infrastructure,” he said.

“There is a name for what the president was talking about last week, but he was too fearful to put a name to it. It is called high treason.”

He said Parliament could not be trusted to conduct an independent investigation into the unrest and hold Cabinet ministers and ANC members accountable.

“We would be complicit as a country to expect the people who have demonstrated in the past whatever they do, they don’t really do it in the interest of South Africa.”

Earlier this month, ActionSA announced it would lodge a lawsuit against Ramaphosa, members of the security cluster and the ANC for the deadly unrest.

Why a commission of inquiry?

Mashaba blamed the riots on the ANC, saying its internal factional battles fuelled the violence that government has described as a “failed insurrection”.

The unrest was sparked by the incarceration of former president Jacob Zuma at Estcourt Correctional Centre in KZN. Zuma is serving a 15-month jail sentence for being in contempt of the Constitutional Court (ConCourt).

Mashaba said the benefits of establishing an inquiry were better than relying on “people who are conflicted” to investigate what happened.

“I think having an independent commission, like we’ve got with the Zondo commission as much as we can find fault with it in terms of its cost, but ultimately it has opened the eyes and ears of South Africans.”