A 3.6 magnitude earthquake was felt in Johannesburg on Friday morning. 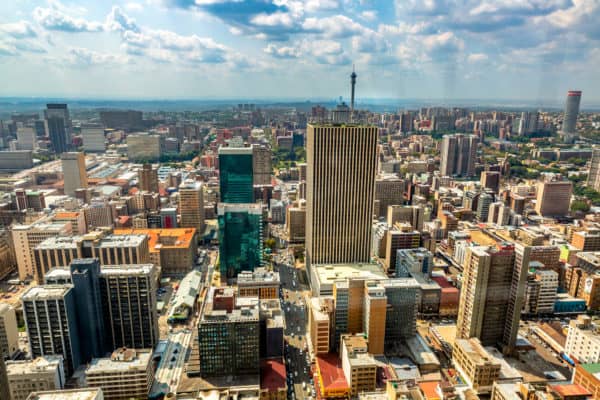 Did the earth shake for you on Friday morning? A 3.6 magnitude earthquake was felt in Johannesburg. Here’s what we know.

While Volcano Discovery confirmed the 3.6 magnitude quake, EMSC-CSEM, an independent provider of real-time earthquake info, classified it as a 4.2 magnitude quake, with a depth of 5 metres.

A Council for Geoscience spokesperson, Mahlatse Mononela, said: “At this point, it does seem like the earthquake occurred in a mining area, however, more details of the exact location are being gathered”.

Residents who felt the quake reported the following on Volcano Discovery:

It happens more often than you may realise. More than 40 earthquakes were recorded in South Africa this month, including a 4.2 magnitude quake southeast of Springbok in the Northern Cape.

The biggest earthquake of the past 24 hours had an epicentre in the Gulf of Alaska – the strongest US quake in 50 years. It sparked tsunami fears for South Alaska and Hawaii.

According to the USGS, the earthquake hit 91km southeast of the town of Perryville, with a tsunami warning in effect for south Alaska and the Alaskan peninsula.

Videos shared on social media showed Kodiak residents evacuating to higher ground while tsunami warning sirens were heard blasting in the background. A buoy southwest in the region recorded “serious changes” in the water height.

Dr Alice-Agnes Gabriel, a seismologist at the Ludwig-Maximilians-Universität (LMU) in Germany, said the earthquake has an intermediate depth of 35km, which is deeper than USGS’s phase estimate of 23km.