The minister said in total nine officials were implicated in the SIU report, but three of them no longer worked for the Department of Health. 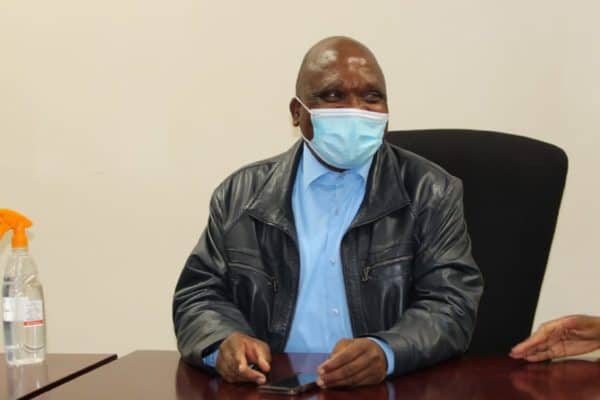 Health Minister Dr Joe Phaahla on Thursday said his department was eager to urgently conclude disciplinary processes against six officials implicated in the awarding of the controversial R150 million contract to Digital Vibes.

Briefing the media in Pretoria, Phaahla said by the close of business on Thursday, the six officials would be served with suspension letters pending the completion of disciplinary hearings and formalisation of charges.

This means the total number of suspended department officials would climb to seven – including the health department’s director-general (DG) Dr Sandile Buthelezi – who is already on precautionary suspension over the irregular tender scored by former health minister Zweli Mkhize’s close associates.

“We are anxious to conclude the disciplinary processes as a matter of urgency to bring these matters to closure in order to have time to dedicate our time and energy to the country’s response to the Covid-19 pandemic as we roll out the vaccination programme,” Phaahla said.

He said his department only received the full Special Investigating Unit (SIU) report into the Digital Vibes communications contract on Wednesday – the same day President Cyril Ramaphosa authorised its release to the public after it was submitted three months ago to his office.

Phaahla said in total nine officials were implicated in the SIU report, but three of them no longer worked for the department.

He said they were currently working for other government departments but the health department will ensure they are held to account.

“The acting director-general, Dr Nicholas Crisp, has written to the DGs of GCIS and the Department of Agriculture, Land Reform and Rural Development, together with the CEO of the Government Printing Works, where the other three officials mentioned in the SIU report, are working, to inform them of the actions taken by the Department of Health,” Phaahla said.

The minister said they wrote to the other department to explain the health department’s course of action and to offer them an opportunity to be part of the same investigation and disciplinary process.

“It must be emphasised that disciplinary processes are an employer and employee matter, and in the public service are governed by the provisions of the Public Service Act and Regulations,” Phaahla said.

Among its key findings, the SIU found that the department’s former acting DG, Dr Anban Pillay, must be criminally prosecuted for financial misconduct after he was found to have committed fraud in requesting approval from National Treasury to deviate from normal procurement procedures.

The SIU also found that Mkhize, his associates and direct family members benefited from the Digital Vibes tender.

This resulted in irregular expenditure amounting to approximately R150 million and fruitless and wasteful expenditure ranging between R72 billion and R80 million.