The ConCourt also ruled that Mkhwebane is allowed to be legally represented during the impeachment proceedings. 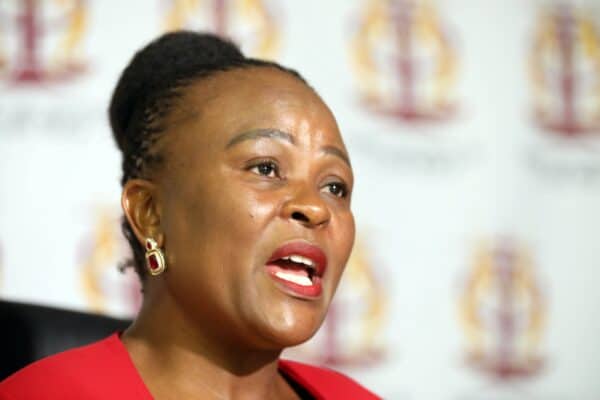 Public Protector Advocate Busisiwe Mkhwebane addresses the media during a press conference at her offices on 28 January 2020 in Pretoria. Picture: Gallo Images/Sowetan/Antonio Muchave

The Constitutional Court (ConCourt) has ruled that Parliament can proceed with its impeachment process against Public Protector Busisiwe Mkhwebane.

The ConCourt delivered its ruling on Friday after the judgment was reserved in November last year.

Former National Assembly Speaker Thandi Modise and the Democratic Alliance (DA) filed their papers for leave to appeal directly to the ConCourt after a court order ruled in favour of Mkhwebane, thus halting the impeachment process.

At the time, the Western Cape High Court declared certain sections of Parliament’s rules for the removal of office-bearers of Chapter 9 Institutions to be unconstitutional.

The High Court ruled that the limitation on the right to legal representation for a Chapter 9 head, such as a Public Protector, was irrational, and ordered that the rules be amended.

It also ruled that a judge should not sit on the independent panel that determines whether there’s a prima facie case for a Chapter 9 head.

Mkhwebane had approached the High Court to challenge the constitutionality of the rules, which were drafted and adopted by the National Assembly in December 2019.

In a unanimous judgment penned by Justice Nonkosi Mhlanta, the ConCourt granted Parliament and the DA direct appeal due to the matter being “urgent” and of “public importance”.

The ConCourt also indicated that Mkhwebane is allowed to be legally represented during the impeachment proceedings in the National Assembly.

“The rules state that the National Assembly must ensure that the inquiry is conducted in a reasonable and procedurally fair manner – this requires full legal presentation. As a result, the appeal against this order of the High Court failed,” the judgment reads.

The apex court further found that the Western Cape High Court “erred” in its ruling that a judge should not be appointed to the independent panel “as it asked the wrong question”.

“This court held that the High Court erred when it severed part of rule 129V, which relates to the appointment of a judge to the independent panel. The appeal on this ground was upheld, and the order set aside,” the judgement continued.

Meanwhile, Mkhwebane’s cross-appeal application was dismissed in its entirety because the Public Protector “did not comply with the procedure for bringing a cross-appeal” before the ConCourt.

The Public Protector had brought an application for a cross-appeal should the ConCourt grant the Speaker and DA leave to appeal.

She was further ordered to pay the costs of the DA.

Mkhwebane has since welcomed the judgment in regards to the right to legal representation.

“The Public Protector is studying the rest of the judgment and will issue a statement on the way forward in due course,” Mkhwebane’s spokesperson Oupa Segalwe said in a statement.

Parliament has also welcomed the judgment.

“The Speaker appreciates clarification and guidance provided by Constitutional Court in relation to the judgment of the High Court, which removes any hurdle to the continuation of the process by the Section 194 Committee which is tasked with considering the motion,” Parliament spokesperson Moloto Mothapo said on Friday.

“The court made it clear that this does not imply that the Section 194 Committee cannot ask the Public Protector to personally respond to questions put to her.

“This was contrary to the Public Protector’s contention for the rules to be declared unlawful. We agree with the judgment that this was a clear tactic to delay the proceedings of the section 194 committee,” Mothapo continued.

“Importantly, the court noted that it was regrettable that the Public Protector failed to comply with the rules of the Constitutional Court in her application to cross-appeal.

“However, the court considered it expedient to deal with the issues notwithstanding, to avoid a further potential abuse where the Public Protector could likely apply to the SCA [Supreme Court of Appeal] to hear her appeal.

“This would have caused further delays. The Speaker welcomes the court’s decision to finally dispose of the matter,” Mothapo added.